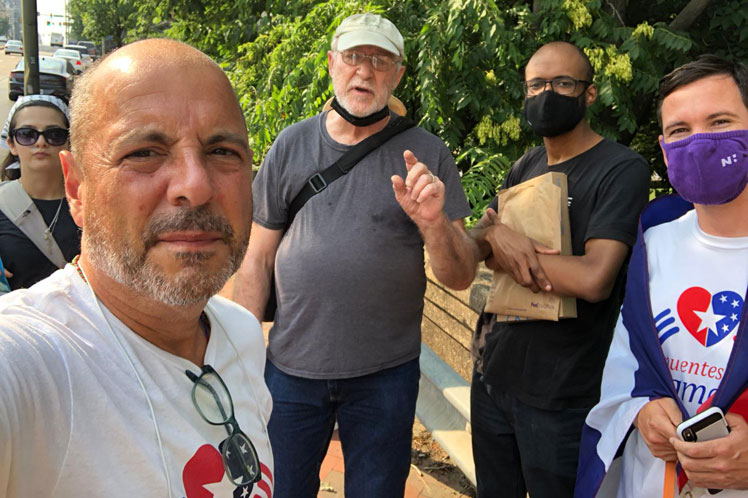 Washington, Jul 20 (Prensa Latina) The promoter of the Bridges of Love project, Carlos Lazo, on Tuesday criticized the position of US President Joe Biden, who is still studying future policies on Cuba while the measures adopted by his predecessor, Donald Trump, remain in place.

In statements to Prensa Latina, Lazo considered it positive the creation of a commission to analyze the sending of remittances to Cuba and another group to study an increase in the number of workers at the Embassy of the United States in Havana was announced.

However, such measures are insufficient and closely resemble what the Biden administration has declared for six months, said Lazo, who encouraged further pressure for change in this regard.

What about family reunification, with people who have been waiting for years to meet their own? He wondered.

According to the activist, the new statements by the Biden administration are presented as more of the same that happened in these months during which the White House has said it was studying policies towards Cuba.

President Biden, said Lazo, lift the sanctions that weigh on the island, listen to the Cuban-American community that wants the best for his family.

In 2017, he recalled, Trump interrupted the family reunification program for Cuba, and affected hundreds of thousands of families that are still waiting to reunite.

Later, he cut flights from the United States to Cuban provinces, which created extra difficulties, and interrupted the Western Union remittance services in order to put a noose around the Cuban family’s neck, he denounced.

During his campaign for the presidency, Biden and his running mate, Kamala Harris, promised that they would resume Barack Obama’s policies and adopt measures for the benefit of the Cuban family, Lazo recalled.

Many people in Miami Dade voted for Biden thinking that he would keep his word and have had a lot of patience while waiting for his administration, which only reports that they continue studying Cuba’s issue, the activist said.

If politicians do not keep their promises, it has consequences and they must pay for them at the polls, with the lack of support from the people whom they disappointed, the Cuban-American professor considered.

Biden is not well advised on Cuba and listens to a group from the Democratic Party in Florida who consider that ‘this is the golden moment’ to tighten the rope to the Cuban people in the middle of a pandemic, and suffocate the people there with in order to achieve the regime change, he regretted.

Bridges of Love will continue pressing for the sanctions against Cuba to be lifted. On July 25 we will arrive on our walk in front of the White House to convey these demands, Lazo stressed.

This does not stop anyone, he pointed out, we are going to continue building Bridges of Love between the peoples and calling for the end to the measures against Cuba.