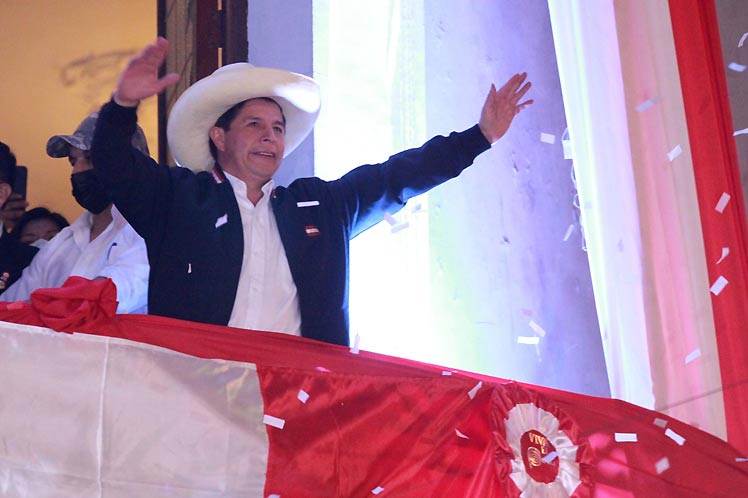 The highest electoral court stated inadmissible the appeals for annulment of the results proclaimed by four provincial courts, presented by Fuerza Popular party led by the neo-liberal presidential candidate Keiko Fujimori, defeated by Castillo in the presidential runoff of June 6.

The decision determined the exhaustion of the possibilities of Fujimori’s followers to delay the proclamation by means of legal maneuvers with allegations of fraud rejected in several instances of the electoral justice system for lack of evidence.

In the last instance, the appeals argued that the validation of those results allegedly lacked legality due to the replacement of a member of the JNE who left the court with the apparent purpose of blocking the proclamation.

The opinion, unanimously approved by the JNE, adds that the nullity requests presented as appeals to the proclamation minutes, on issues already resolved, ‘not only denaturalize such recourse, but also are dilatory.’

Meanwhile, Castillo came out in front of multiple versions and speculations about the members of his ministerial cabinet and requested the Peruvian people ‘not to be surprised with lists and names of possible cabinets that have been circulating: they are rumors and speculations.’

‘After the JNE’s proclamation, we will make the corresponding official announcements for the Bicentennial government’, he added on a tweet.

The president of the New Peru Movement, Veronika Mendoza, denounced on Sunday a campaign by the economic power to impose its representatives as ministers and force Castillo to set aside his project of a constituent assembly.