Cuba holds the right to demand US to end the aggression 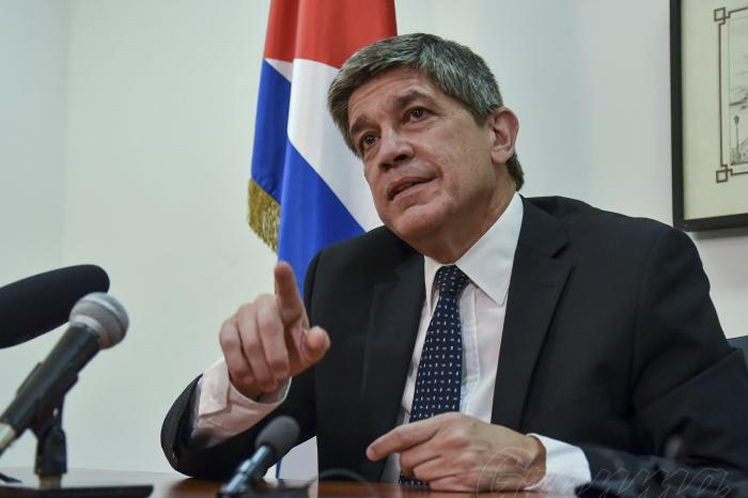 Cuba holds the right to demand US to end the aggression

It was stated by director for the United States of the Cuban Foreign Ministry, Carlos Fernández de Cossio, in an article published on Cubadebate website, in which he defends his country’s right to live in peace.

De Cossio affirmed that Havana’s claims are legitimate, including that of neighboring northern power putting an end to the economic blockade, interference in internal affairs and millionaire financing for political subversion.

US government must end the tolerance anti-Cuban terrorist groups enjoy, he said.

He also referred to the need to end the pursuit of fuel supplies to Cuba from third markets, financial transactions in third countries, and commercial efforts on the island in any corner of the planet. That (the United States) fulfill its commitments with bilateral migratory agreements, specially migration every year of at least 20 thousand Cubans, he added.

The Cuban diplomat demanded that the White House reestablish immigration and consular services of its embassy in Havana.

Also the removal of limitations on travel and air transportation between the two countries.

Lifting the ban on remittances sent by ordinary citizens from the United States to their relatives and friends in Cuba adds to the list of complaints to government of President Joe Biden.

De Cossio added a historical Cuban demand: the return of the territory that the United States has occupied in Guantánamo since 1902.

None of the above hurts a bit sovereignty of the United States, or compromises its national security, the diplomat wrote.

He believed that analysis of events that occurred on July 11 in his country cannot be carried out without considering the economic limitations of Cuba, essentially worsened by the economic blockade of the United States and the health, social and economic effects of Covid-19 pandemic.

This reality, which is the responsibility of Cubans to face, imperialism wants to take advantage of to fulfill the old hostile and domination purposes against Cuba, the text emphasized.