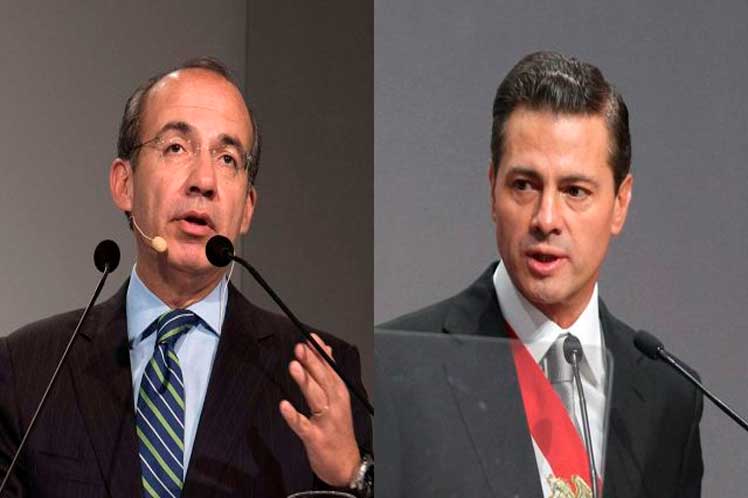 Asked at the morning press conference at the National Palace about the scandal of Israeli company NSO Group and its Pegasus program sold exclusively to governments for telephone espionage, he estimated the matter should be present in August 4 consultation on whether to judge or not five former presidents accused of corruption and handing over the country to foreign capital.

He explained the National Electoral Institute forbade him to speak of these matters because it considered them as propaganda, but he insisted on his opinion of the scandal by Calderón and Peña Nieto.

Information on the scandal indicates that Peña Nieto’s government paid Israeli company 32 million dollars for the software through which 15,000 telephones of politicians, journalists and other Mexican personalities were controlled.

He revealed that he had sent an initiative to Congress for the competent authorities to act so that human rights are respected and citizens decide in a democratic way.

He considered the popular consult is a good method, to ask the people, not settle for representative democracy and move towards participatory democracy as I have been insisting for 20 years, he reiterated.

It is only now that we can carry out this way of government, with the people, command by obeying, and using all those legal instruments that we have and help because it means support to citizens, a way of listening to the people and thus confirming directly, whether or not they agree with what we do, do not leave everything to the authority.

Popular consultation proposed by the president, as he explains, does not have the purpose of taking former presidents Carlos Salinas de Gortari, Ernesto Zedillo, Vicente Fox, Felipe Calderón and Enrique Peña Nieto, to court for the crimes of corruption they are accused of, but if the people decide otherwise, the popular will must be complied with.