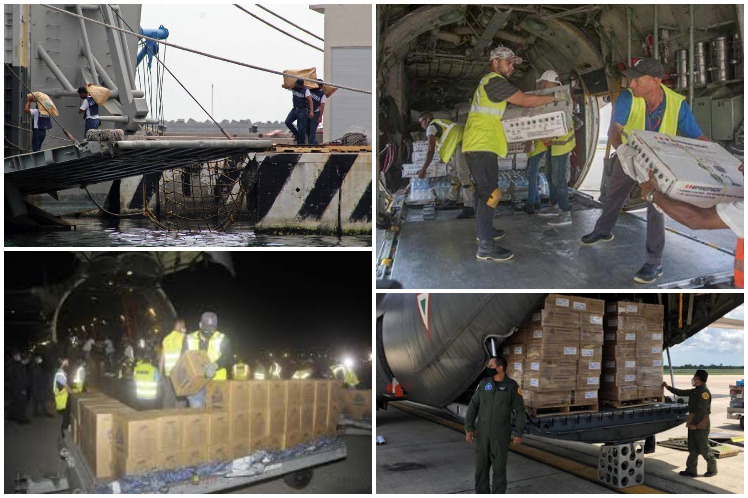 Havana, Jul 29 (Prensa Latina) Bolivia, Mexico and Nicaragua have sent donations to Cuba and lead the solidarity actions in Latin America with the Caribbean nation that is going through a complex situation, including hatred campaign promoted by the United States. Bolivian President Luis Arce stated on Twitter that his country has benefited from Cuba's solidarity, mainly in the Health and Education sectors, and thanked Cuban authorities and President Miguel Diaz Canel, recalling that 'love is repaid with love.'

In addition, Mexican President Andres Manuel Lopez Obrador noted that now that there is a difficult health situation in Cuba, ‘instead of blocking, we should all help, so he authorized the trips of two Navy ships that already arrived in Cuba with food, medicines and oxygen. Mexico, as pro tempore president of the Community of Latin American and Caribbean States (CELAC), has supported Cuba with a donation of 800,000 syringes and needles to contribute to the fight against the Covid-19 pandemic.

In this context, the Mexican Foreign Secretariat also thanked the Cuban doctors for their support, which represents a sign of the historic friendship between the two countries.

For its part, Nicaragua announced the solidarity shipment of food and medicines to support Cuba in its fight against the Covid-19 pandemic, a gesture thanked by Cuba to the Sandinista Government of Daniel Ortega and Rosario Murillo.

President Nicolas Maduro reaffirmed that Cuba can always count on Venezuela’s support, and demanded the end to the criminal measures imposed by the Yankee empire against the sister nation.

Regarding the current situation in Cuba, he stressed that the Cuban people have been subjected to an unparalleled experiment of social, collective and economic torture, while affirming that ‘imperialism will never be able to colonize Cuba and Venezuela, because they will never surrender, nor will they get down on their knees’.

On the other side of the world, Russia sent two aircraft laden with 88 tons of food and protective equipment, including one million medical masks to Cuba, while Vietnam donated 12,000 tons of rice that should arrive in Cuba soon to help the country face food difficulties derived from the US blockade and the pandemic.