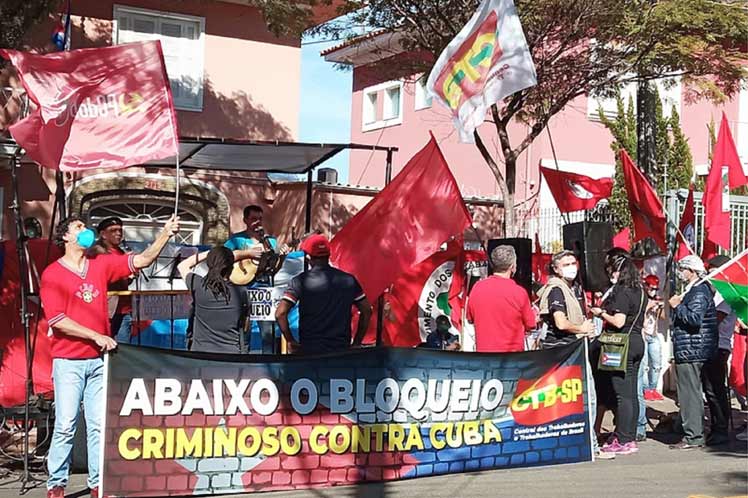 The group issued a public statement expressing its solidarity with the Communist Party of Cuba, its government and people.

It recalled that since 1959, counterrevolutionary groups, created and directed by the Central Intelligence Agency of the United States (CIA), carried out numerous terrorist actions that cost valuable lives and resources.

The group also specified that, since those years, Cuba, its government and its institutions were ‘the object of 713 terrorist acts organized, financed and executed mainly by the United States, which killed 3,478 people and injured 2,999, in addition to causing economic losses worth $181 billion.’

The movement denounced that ‘on July 27th, one day after the commemoration of the National Day of Rebellion, another attack occurred against the Embassy of Havana in Paris, hit by three Molotov cocktails, which caused a fire in the diplomatic headquarters but fortunately the damage was only material.’

This attack, he accuses, is a link between various actions related to the United States blockade, intensified by the 243 measures in the Donald Trump government and maintained by Joe Biden, and the campaign of hatred consented to by his administration.

For the solidarity group, this was a repeat of the terrorist action that occurred against the Cuban Embassy in Washington in 2020, without ‘the government of the empire pronouncing itself until today.’