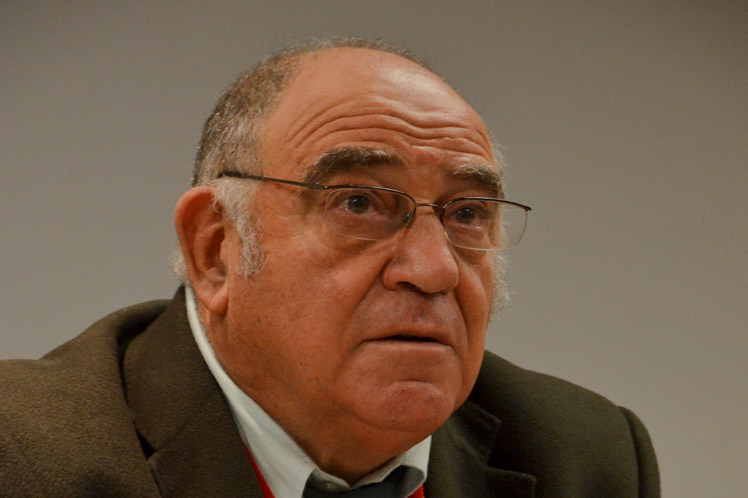 In statements to Prensa Latina, the former South African minister of Government (1994-2008) explained that by inciting the protests, Washington sought to minimize its shameful

defeat at the United Nations, where 184 countries spoke out against the economic, commercial and financial blockade against Cuba.

The vote, he said, was a great shame to President Joe Biden and US policy.

The nature of events that occurred in Cuba points to ‘the sinister hand behind the so-called ‘color revolutions’, which have been proliferating throughout the world, with

attempts in places as diverse as Venezuela or Ukraine, Kasrils reflected.

This has been done, he added, with Western funding, mainly from the US, to opposition groups, along with campaigns on social networks.

In Cuba’s case, according to data provided by the Cuban Ministry of Communications at the United Nations, Kasrils recalled, in 2019 alone, the United States broadcast 865

hours a week of anti-Cuba rhetoric on 21 television and radio channels.

These media campaigns, cyber-attacks and the blockade against Cuba by the United States go against International Law and UN protocols, he denounced.

Anyone who is familiar with the Cuban Revolution and its achievements is certainly capable of assessing the situation generated ‘beyond the fog of lies’.

First, he said, there is the economic crisis caused by US sanctions, worsened in the context of the Covid-19 pandemic, in addition to 243 new economic, commercial and

As the Cuban government and state struggle to improve the adverse conditions caused by the blockade, obvious results have been severe shortages of food, fuel and medicine.

However, the vast majority of the Cuban people, highly disciplined and educated, is fully aware of the true causes of these difficulties and does not allow to be confused or

Those who have protested on the streets, he observed, are a minority, among whom are many lumpen elements, who have been confused by propaganda and promises from the

United States, and especially the voice of the Florida-based Cuban mafia and lobbyists, Kasrils stressed.

These events were not sustained over time because they lacked any popular support, he added.

At this time, Washington is trying to do with the blockade what US police did to George Floyd: keep the knee pressed on Cuba’s neck and cut off the oxygen, Kasrils stated.

Therefore Kasrils noted that it is up to internationalists around the world to increase the solidarity with Cuba and its people, and demand the end to the US blockade and

This would not only benefit Cuba and the United States, but also global security, progress and peace, he concluded.