US restarts mass deportations with record in children expulsion 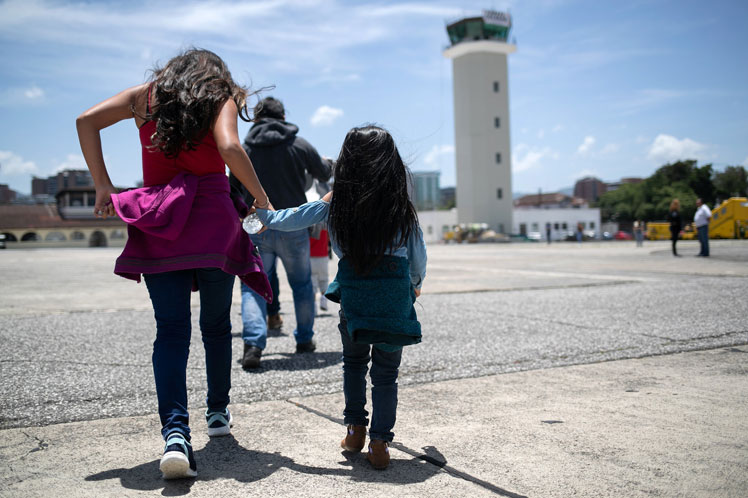 US restarts mass deportations with record in children expulsion

Expulsions are part of an expedite system to get people out of the northern country in an accelerated way, mostly to people who arrive without authorization through Mexico. Republicans had used it before, it adds.

US Department of National Security reported that families were sent back to their countries of origin, mainly Guatemala, El Salvador and Honduras.

The number of inmigrants detained by US authorities who illegally cross the border with Mexico increased by 4.5 percent in June, compared to previous month.

About a third of those arrested in June were Mexican, followed by Honduras, Guatemala and El Salvador, while most South American migrants came from Ecuador and Venezuela, the newspaper reported.

Meanwhile, the number of children who crossed without parents or guardians in June, whom Joe Biden’s administration promised to resettle to the United States rather than return them to Mexico, has gone up 8 percent since May, more than 500 a day.

But in July the number of children went over 19,000, according to David Shahoulian, deputy secretary for border and immigration policies at the Department of National Security.

The number of people found traveling as a family during July is thought to be around 80,000, Shahoulian added.

Migration activity was overwhelmingly concentrated in the Rio Grande Valley and South Texas areas, according to the report, published as a result of activist groups resuming a legal battle against government’s authority expelling families at the border on account of Covid-19.

Centers for Disease Control and Prevention renewed emergency powers, known as Title 42 based on a 1944 public health law.

The Department of National Security indicated that it would continue to enforce the ban on granting asylum to single adults and families. Children traveling alone were exempt, but in practice this has not been the case.

The American Civil Liberties Union and other activist groups indicated they would end talks to reach an agreement with Biden administration on the repeal of power related to the pandemic denying families the possibility of requesting asylum.

We are deeply disappointed that Biden administration is abandoning fair and humane treatment for families seeking safety, said Neela Chakravartula, managing attorney at the Center for Gender and Refugee Studies.