British academic calls on US to end blockade against Cuba 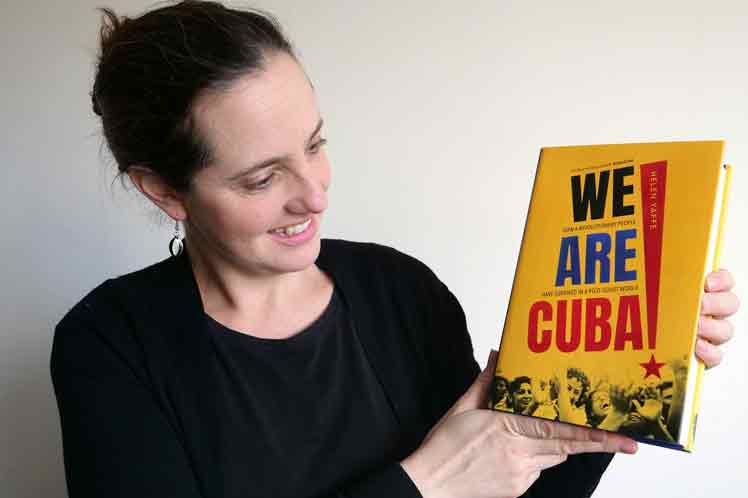 British academic calls on US to end blockade against Cuba

London, Aug 4 (Prensa Latina) British academic Helen Yaffe affirmed on Wednesday that the economic, commercial and financial blockade imposed by the United States on Cuba is real and affects all aspects of its people's life.

Critics of Cuba blame the government for the daily problems faced by the population, and claim that the US sanctions are just a pretext, but it is like blaming someone for not knowing how to swim well while they are kept chained on land, Yaffe said in an opinion article published in The Guardian newspaper.

The expert in economic and social history from the University of Glasgow, who is on a working visit to Havana, added that the blockade, in force for 60 years, constitutes the longest system of unilateral sanctions applied to a country in modern history.

She recalled that President Donald Trump (2017-2021) imposed 243 coercive measures on Cuba that, among other things, preventing the country from accessing international trade, finance and investment at a time when foreign capital played a preponderant role in the national development strategy.

The intended and inevitable result has been shortages of food, fuel, basic goods and medical supplies, added the analyst, who pointed out that Trump’s successor, President Joe Biden, is far from fulfilling his campaign promises to eliminate the measures, added others.

She also pointed out that as a result of the tightening of the blockade, and despite having its own vaccines against Covid-19, Cuba does not even have enough syringes to administer them, nor ventilators for intensive care wards.

If the United States really cares about freedom in Cuba, it should lift them, Yaffe remarked in the article, in which she analyzed the situation in Cuba as a result of riots that took place in Havana and other cities on July 11.

The author of several books on Cuba also mentioned social networks as another key tool used by the United States to try to destabilize the Cuban government, and recalled that in 2018, when Internet access was expanded to mobile telephony in Cuba, Trump immediately created a task force to promote the ‘free flow of information.’