Unprecedented wave of migration in America 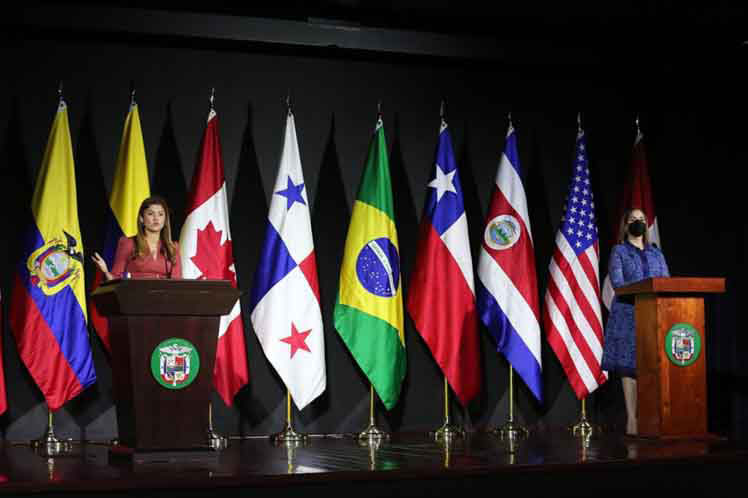 Unprecedented wave of migration in America

If the current rate of arrivals continues, experts estimate that the annual total would be five times the figure of 2018 (one of the largest), when 26,000 people entered the Isthmus through the southern border, only this time they come mainly from the Antilles, Africa and Asia, said the official at the meeting with a high-level presence from 10 countries of the region.

As an example of the volume, the Isthmian Minister of Foreign Relations (Mire), Erika Mouynes, explained at a press conference, at the end of the virtual meeting, that in 2021 they received a thousand migrants, but only last July 20 thousand people arrived from Colombia, through trails in the Darien jungle.

On her part, Gozaine explained to journalists that her country proposed at the meeting that all nations apply security measures to detect criminals through biometric data and search for international alerts in the files of police agencies.

The hosts also requested joint action against organized crime that executes human trafficking and smuggling, and also encouraged them to increase the penalties for these crimes and evaluate the possibility of granting transit visas in order to legalize the movement.

Another Panamanian proposal was that the countries involved in the irregular route increase humanitarian assistance, and the official gave the example of Panama, which spends $ 20 million annually to provide irregulars with a treatment that she considers fair.

Next week, the Migration directors present at the meeting will have a working session to implement the specific measures of each country and the joint ones that help mitigate the problems to ensure that it is ‘orderly, safe and regular,’ she announced.

‘Thanks to our efforts, today, the world is turning its gaze towards the irregular migration of the Southern Triangle, a problem that is not only Panamanian, but that of the entire region and that stands out among the group of massive movements of people,’ added Mouynes, who described the meeting as an ‘unprecedented historical milestone.’

The genesis and correct diagnosis of this phenomenon, which registers a growing increase from extracontinental countries and throughout the American continent, will be a primary point of the proposed work agenda, which includes technical monitoring by diplomatic, immigration and security, the Mire warned in an official note.

The meeting was also attended virtually by the Vice President of Colombia, Marta Lucía Ramírez; the Foreign Ministers of Costa Rica, Rodolfo Solano; from Brazil, Carlos França; from Ecuador, Mauricio Montalvo; from Chile, Andrés Allamand and from Mexico, Marcelo Ebrard.

Also attending the call were the Minister of Immigration, Refugees and Citizenship of Canada, Marco Mendicino; the Vice Chancellor of Peru, Luis Enrique Chávez and the Undersecretary of Civil Security, Democracy and Human Rights of the United States, Uzra Zeya.