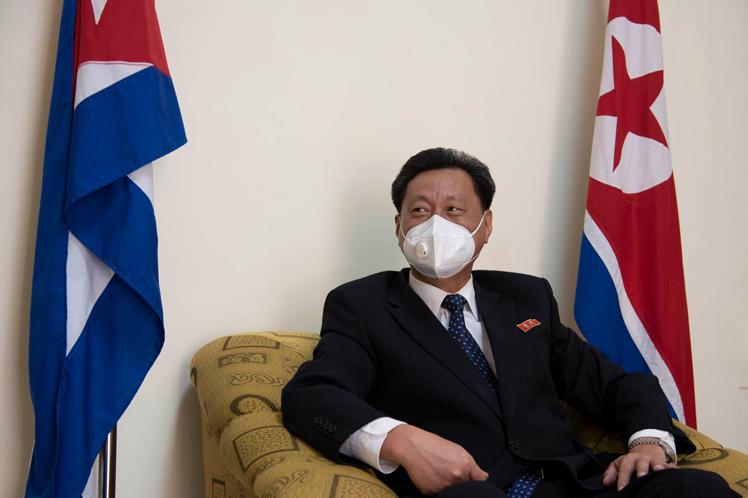 In exclusive statements to Prensa Latina, North Korean Ambassador to Cuba Ma Chol Su emphasized that the joint military drills between the United States and South Korea are a dangerous test of war based on a preventive attack on North Korea.

Both parties, ‘ignoring our repeated warnings, will put themselves under the most serious security threat,’ he noted.

According to the DPRK diplomat, the exercises show that the diplomatic commitment and the alleged unconditional dialogue of which the current US administration speaks, ‘is nothing more than hypocrisy because it conceals its aggressive intention.’

Ma Chol Su defended the withdrawal of US troops and war teams from the Korean Peninsula as an essential requirement to achieve peace.

‘We have already made it clear that we will treat the United States in principle to respond to force with force and in good faith with good faith,’ he pointed out.

According to the ambassador, his country will boost ‘the potential for national defense and the capacity for forceful preventive attack’ to prepare for any military action against the DPRK.

The current situation ‘proves that it is vital for us to accumulate the force capable of resoundingly facing the external threat.’

Likewise, the diplomatic representative in Havana assured that at the international level the voices of denunciation that demand the end to the joint military maneuvers are multiplying.

The military exercises between Seoul and Washington take place in two parts from August 10 to 13, and from August 16 to 26.

Recently, the deputy head of department of the Central Committee of the Korean Workers’ Party, Kim Yo Jong, recalled that in March and August of each year, military tension and the risk of a conflict on the peninsula and the peripheral region are exacerbated due to the fever war of both countries.