WHO approved tests of new drugs for patients with Covid-19 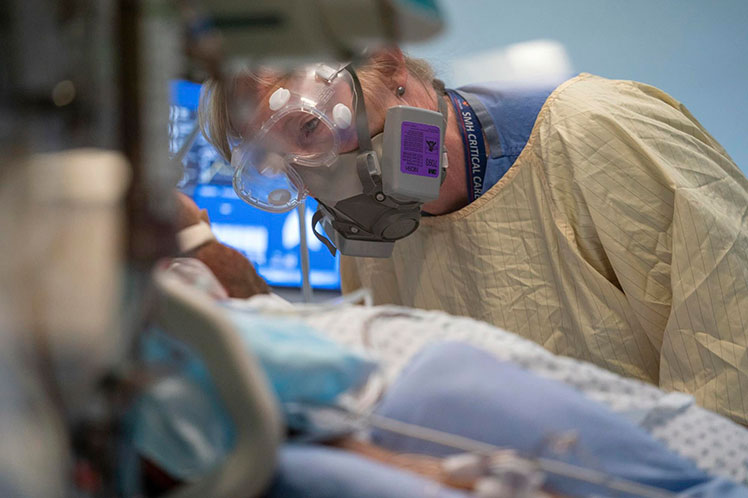 WHO approved tests of new drugs for patients with Covid-19

This process is part of the international Solidarity Plus trial, which represents the largest worldwide collaboration between WHO member states and involves thousands of researchers in more than 600 hospitals in 52 countries, the health entity indicated.

According to the WHO report, the therapies (artesunate, imatinib and infliximab) were selected by a panel of independent experts due to their potential to reduce the risk of death in people hospitalized with Covid-19.

These drugs are already used in other indications: artesunate for severe malaria, imatinib for certain cancers, and infliximab for diseases of the immune system such as Crohn’s disease and rheumatoid arthritis.

Artesunate, produced by Ipca, an international pharmaceutical company based in Mumbai, India, is used to treat malaria.

In the study in hospitalized patients with Covid19, its administration will be carried out intravenously for seven days, using the standard recommended dose for severe malaria.

For its part, Imatinib from the Swiss multinational Novartis is recommended to treat certain cancers and as part of Solidarity Plus, patients will be given orally once a day for 14 days.

Infliximab, developed by the American company Johnson and Johnson, is applied to treat diseases of the immune system and in the new WHO trial it will be administered intravenously with a single dose.

In this regard, the director general of the WHO, Tedros Adhanom Ghebreyesus, said that finding more effective and accessible treatments for patients with Covid-19 remains a critical need, and ‘the Organization is proud to lead that global effort.’

Solidarity Plus is a platform survey that allows evaluating multiple treatments at the same time, using a single protocol, and with the participation of thousands of patients to generate robust estimates of the effect of a drug in terms of mortality, and even its moderate effects.

It also allows new methods to be added and ineffective procedures to be eliminated during the course of the trial.

Previously, in this scheme the effectiveness of four drugs was proven. The results showed that remdesivir, hydroxychloroquine, lopinavir and interferon had little or no effect in hospitalized patients with Covid-19, the WHO concluded.