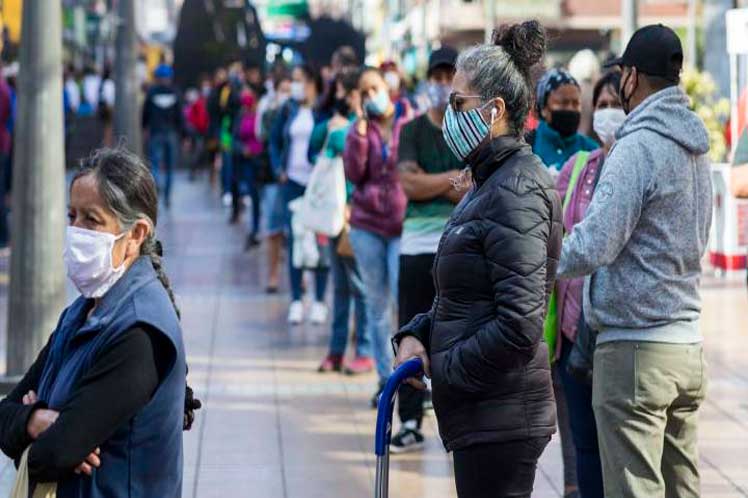 Santiago de Chile, Aug 18 (Prensa Latina) A slight increase in the effective R, which measures the speed of transmission of SARS-CoV-2, the increase of cases in some regions and the presence of the Delta variant, are raising alerts in Chile today.

The country is going through a clear decline of the Covid-19 pandemic, with less than 500 new infections per day, low positivity and the advantage of already having a complete vaccination schedule for 83 percent of the more than 15 million 200 thousand inhabitants considered as target population.

However, in the last few days health authorities have drawn attention to some figures indicating that everything is not going so well and that there could be a setback in the control of the pandemic.

The newspaper El Mercurio pointed out today on its web site that one of these indications is the slight increase in the number of cases registered in the southern region of Magallanes, described as a thermometer of situations that have subsequently been reproduced in the rest of the country.

At the end of July this area stopped reporting new infections, but since last week they have been increasing, and now total 48 active patients, which led the Health Minister, Enrique Paris, to express ‘a very serious alert’.

He also informed that, at national level, the decrease in new cases has slowed down and ‘there are even regions which have increased in the last few days’, such as Aysen, Ñuble and Magallanes.

Perhaps the greatest concern is the presence of the highly contagious Delta variant, of which relatively few cases have been detected, but which is already circulating through community transmission in several regions.

These elements have led several health specialists to predict a new outbreak of Covid-19 in September and October, coinciding with an increase in the transmission of other respiratory diseases.

Spain requires test from travelers from China as of Jan 3

Spain requires test from travelers from China as of Jan 3