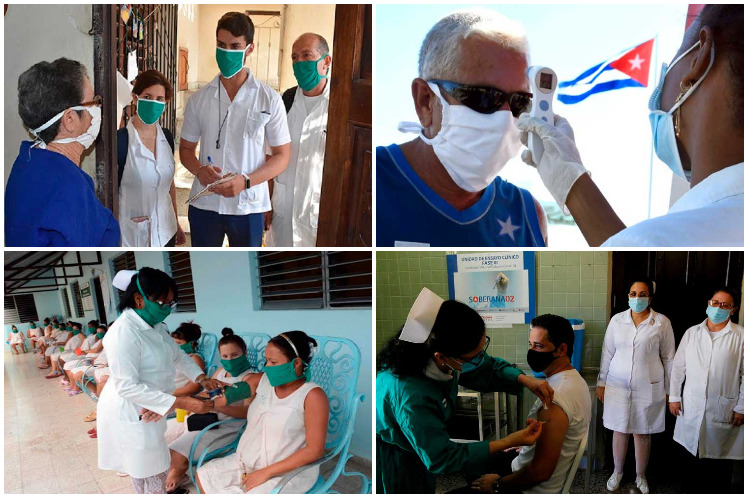 Health professionals and people from the Caribbean nation and the rest of the world express their reaction to the call of the Biotechnology and Pharmaceutical Industries Business Group of Cuba, electronically sign the text available at the link https: //www. Cienciacubana.cu/es.

On July 15, Biden considered Cuba a ‘failed state’ and disqualified its health system and science in the face of the challenges generated by the epidemiological situation due to Covid-19.

Faced with such a pronouncement, scientists on the island announced the sending of a letter to the president, which details the achievements of the Antillean country in the health sector and specifically in the period of confrontation with the pandemic.

The document highlights that immunization has been part of the nation’s public health structure since 1962, and through it, free and universal vaccination is guaranteed to citizens, regardless of socioeconomic, political, religion, sex or race.

For this reason, Cubans are protected against 13 life-threatening diseases, including diphtheria, tetanus and pertussis, and now the process of immunization against Covid-19 is added.

To date, a total of 12 million 225 thousand 378 doses of the Sovereign 02 and Sovereign PLUS candidates; as well as the Abdala vaccine (the first in Latin America and the Caribbean), were administered to the population.

Cuba maintains close collaboration on these issues with the World Health Organization and the United Nations Children’s Fund, international organizations that confirmed child vaccination rates in this country, which exceed 99 percent coverage.

None of these entities has suggested the need to intervene in the Caribbean nation to administer vaccines, as the United States government did recently.

On the contrary, they asked Cuban experts for help to eliminate diseases such as polio or to export national vaccines against meningitis.

The letter from scientists addressed to President Joe Biden calls for the lifting of sanctions and coercive measures imposed on Cuba by the US administrations, to respect the achievements of the nation and for greater collaboration between the two countries to face the pandemic. ef/oda/ghp