Telecommunications Decree in Cuba responds to the Constitution 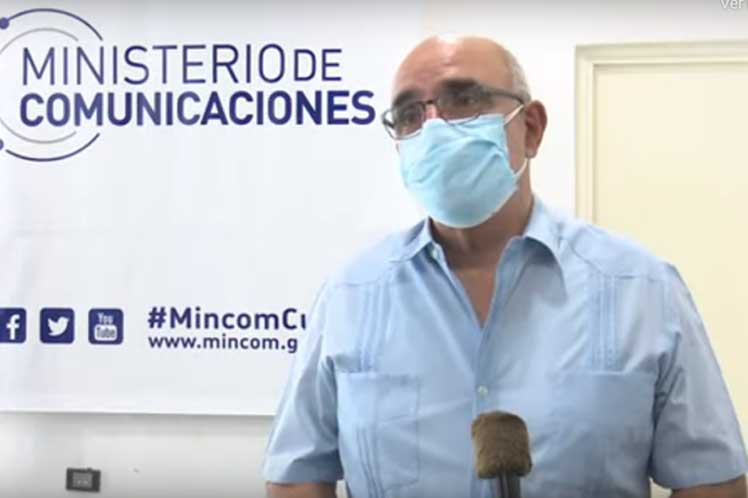 Telecommunications Decree in Cuba responds to the Constitution

The Vice Minister of Communications Ernesto Rodríguez commented to Granma newspaper the regulations were foreseen in the legislative schedule of the Caribbean nation and implements policy on this issue.

Rodríguez argued that the legislation supports the right of people to access, in conditions of equality and affordability, all public telecommunications / ICT services, and to receive them with quality, efficiency, equitability and non-discriminatory treatment.

Likewise, it guarantees compliance with the principles of inviolability and privacy of telecommunications and personal data.

At the same time, the decree law refers to the duty of citizens to prevent these services from being used to undermine the security and order of the country, transmit false reports or news, in actions aimed at causing damage or harm to third parties, or as means to commit unlawful acts. These elements respond to the Magna Carta, the vice minister said, and emphasized none of the duties included in the new regulations limits freedom of expression.

According to the official, the decree law supports computerization of society, as a robust and developing infrastructure is needed to think about increasing connectivity and services, and takes advantage of the experience in the development of telecommunications in the national and international scope.

It meant that it is consistent with the definitions of the Universal Telecommunications Service, which declares certain services as a customer’s right, regardless of their geographical location.

Rodríguez specified that dozens of countries have laws of this type, while Wilfredo López, director of Regulations of the Ministry of Communications, explained for its preparation they consulted laws of Bolivia, Spain, Colombia, Peru, Argentina, Chile and Venezuela, fundamentally.

Likewise, they also took into consideration the recommendations of the International Telecommunications Union.

Before the entry into force of Decree Law 35, the regulations in force in Cuba on the subject were contained in three decree laws and eight decrees, but according to López none covered telecommunications / ICT and the use of the radio spectrum in a general way.