Enforced disappearance persists in the world as a method of terror 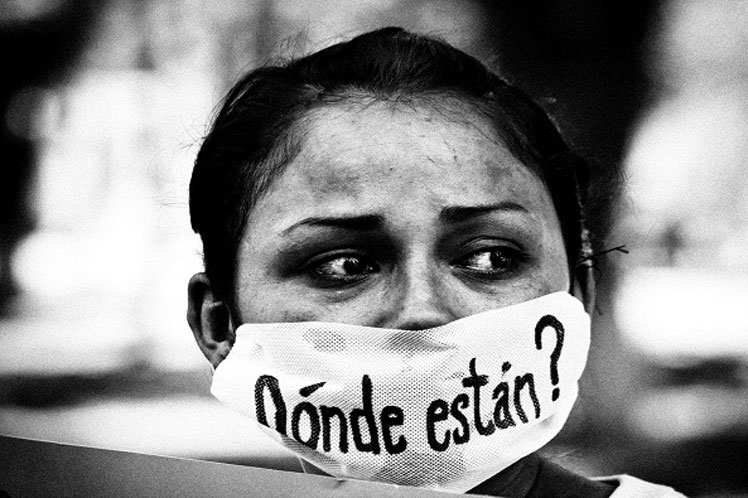 Enforced disappearance persists in the world as a method of terror

In his message for the International Day of the Victims of Enforced Disappearances, the diplomat noted that all States must fulfill their obligations to prevent such practices, search for victims and investigate, prosecute and punish those responsible for such crimes.

Enforced disappearance deprives families and communities of the right to know the truth about their loved ones, accountability, justice and reparations, Guterres indicated.

Paradoxically, he added, it is sometimes used under the pretext of fighting against crime or terrorism: lawyers, witnesses, political opposition and human rights defenders are particularly at risk.

As the UN Secretary General pointed out, the Covid-19 pandemic added to the agony and anguish of enforced disappearances by limiting search and investigation capabilities.

The Convention for the Protection of All Persons from Enforced Disappearance is indispensable to help combat that cowardly practice, but it requires the will and commitment of those with the power to do so, Guterres assured.

He therefore reiterated his call for countries to ratify the Convention and work with the UN Committee and Working Group on Enforced Disappearances.

Many Latin American countries still suffer from the burden of enforced disappearances committed during the dictatorship, as is the case in Argentina and Chile, according to civil society organizations.

In December 2010, the UN General Assembly expressed, through a resolution adopted in that body, deep concern over the increase in enforced or involuntary disappearances in various regions of the world, including arrest, detention and abduction.

Likewise, the UN decided to declare August 30 as the International Day of the Victims of Enforced Disappearances.

Russia urges more intransigence in the fight against terror

Russia urges more intransigence in the fight against terror