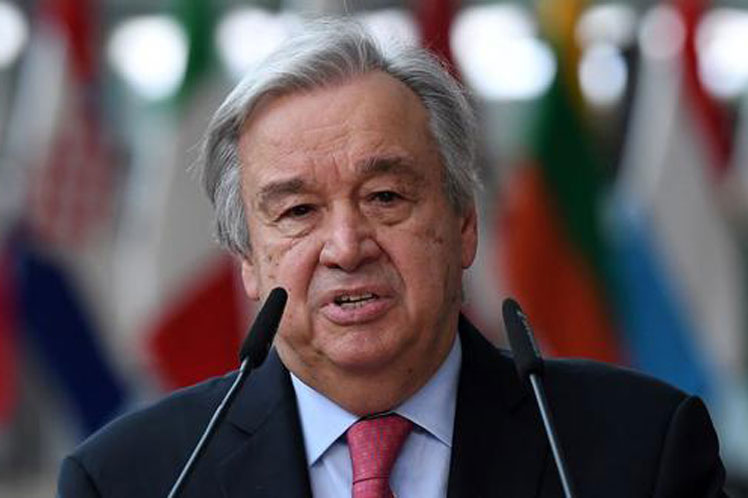 Almost half of the population of that country, 18 million people, currently need humanitarian assistance to survive, said the head in a statement and reiterated the United Nations commitment to remain on the ground to provide aid.

One of three Afghans doesn’t know where its next meal will come from, and more than half of children under five are expected to suffer from acute malnutrition next year, he said.

Now more than ever, the children, women and men of that country need the support and solidarity of the international community, families lose access to basic goods and services every day and a humanitarian catastrophe looms, he stressed.

Guterres called on all parties to facilitate safe and unhindered humanitarian access and to ensure safety for those working on these tasks.

Afghanistan is dealing with a severe drought and its citizens will have to cope with harsh winter conditions, underscoring the need for more supplies, medicine and food to be shipped urgently, he insisted.

Next week, the headline announced, we will release details of the most immediate needs and funding requirements for the next four months in an urgent humanitarian appeal for that Central Asian nation.

The United States culminated on Tuesday the total withdrawal of its troops from Afghan territory, which according to analysts, is now in worse conditions than 20 years ago, when the US invasion took place in an alleged anti-terrorist crusade.

Currently, US President Joe Biden is facing strong criticism for the chaotic withdrawal, after the evacuation process saw everything from terrorist attacks to stampedes of people desperate to flee.

The Taliban regained control of Afghanistan after a war that cost billions of dollars to the American taxpayer and nearly 3,000 casualties of American soldiers, as well as the lives of 250,000 Afghan civilians and the exodus of millions of people out of the country.