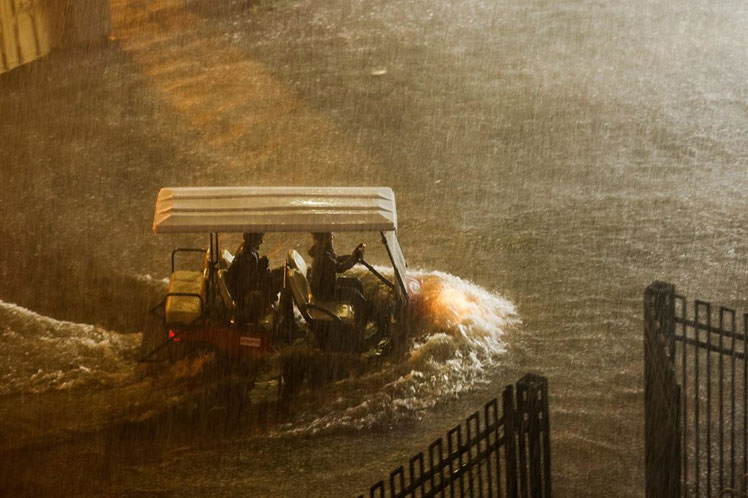 Like all members of the United Nations family who call New York and New Jersey home, I am deeply saddened by the lives lost and the damage caused by the devastating and unprecedented weather events on Wednesday, he wrote on his official Twitter account. .

Our thoughts are with all the people affected by the meteorological phenomenon, added the highest representative of the UN.

According to New York Governor Kathy Hochul, the rain was ‘much more than anyone expected’ and left the region in dire straits.

Preliminary reports put the deaths in New York and New Jersey to more than 20, warning that that number could be even higher.

A good part of the New York subway network is closed to the public, after several stations were flooded, and there are also some 250,000 people without electricity in the metropolitan area of ​​that city.

The National Weather Service urged all residents in the area to stay off the roads, due to the dangers, with too many reports of water rescues and stranded motorists.

Ida made landfall in the United States off the Louisiana coast last Sunday as a Category 4 hurricane, the same day that marked the 16th anniversary of the devastating impact of Katrina.

The US authorities pointed out that it is still impossible to assess all the damages from the hydrometeorological phenomenon, but a long road to recovery awaits the coastal residents affected by Ida.