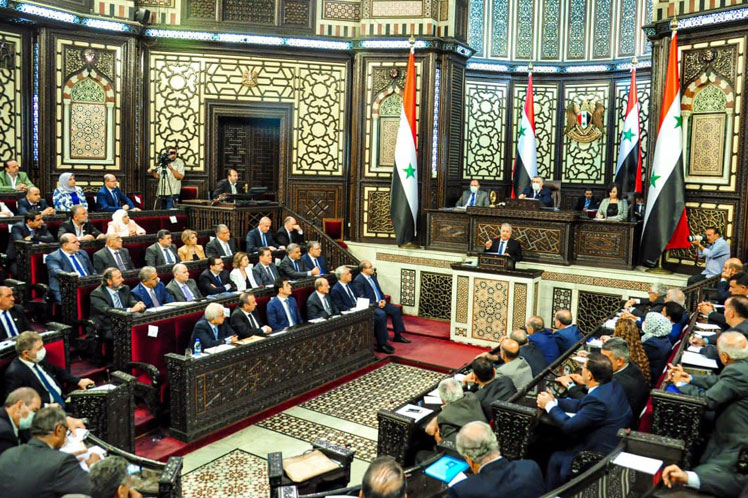 Our plan defines the general strategies of the government to fulfill its tasks and responsibilities in the political, economic, social and service aspects, based on specific schedules and concrete measures in a three-year period, the prime minister noted at a parliamentary session.

The priority, he said, continues to be the support for the military institution as it is in charge of protecting the homeland and defending sovereignty and territorial integrity, until the liberation of all areas that are still out of control in the country.

The plan emphasizes the fight against corruption, the protection and recovery of public money, the transition to a productive economy based on self-sufficiency and dependence on own capabilities.

He also stressed that improving the standard of living of citizens is the most important concern of the government’s action and the main objective of its economic policy, taking into account the difficulties faced by nationals due to the war imposed against their country.

The government’s work will also focus on supporting local production, ensuring the needs of the industrial and agricultural sectors, and strengthening the partnership with the private sector through the rehabilitation of projects and damaged or destroyed facilities.

The government will continue working to develop the agricultural sector and achieve food security, in addition to increasing oil and gas reserves to improve production, he said.

The head of government acknowledged that the weak performance and low yield are sometimes due to external factors represented by the war, the unjust economic sanctions, the blockade and the occupation by the United States of areas rich with natural resources.