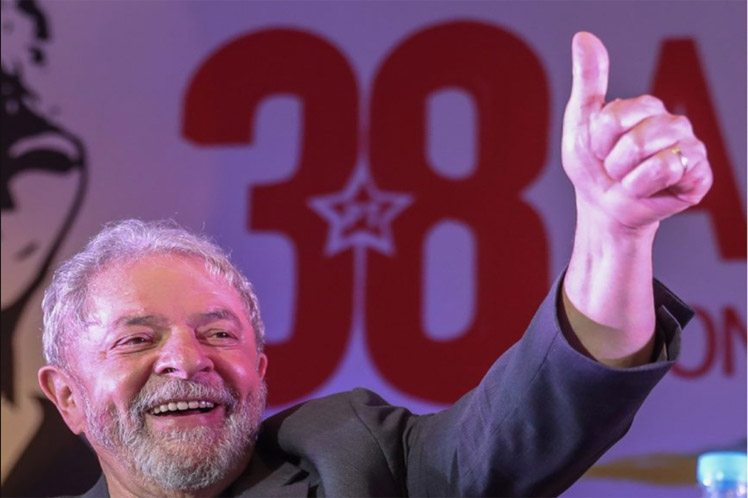 According to the defense of the founder of the Workers’ Party, this is the 19th decision in his favor in investigations related to the deactivated Operation Lava Jato, and the only open process is linked to the alleged irregular purchase of Swedish fighter jets.

The dismissed indictment now has to do with alleged influence peddling in 2011 to favor contractor OAS, based on the complaint of the company’s former president Leo Pinheiro.

Ayuob granted a request from the former labor leader’s legal team, which argued that no person heard by the Federal Police confirmed the version presented by Pinheiro, and the executive himself denied any payment of undue advantages to the former governor in a new testimony.

In the decision, the magistrate recognizes that there are no elements to continue the investigation and the crimes attributed to Lula prescribed due to his age (75 years old).

‘I declare extinguished the punishability of the investigated Luiz Inacio Lula da Silva’ and ‘I determine closing the case,’ the judge wrote.

In a statement, the defense of the former union leader said to hope that the case would be duly analyzed by the justice system, academia and civil society in order to avoid the practice of lawfare (legal warfare) against any person or company in our country. The aforementioned, he noted, ‘in view of the harmful effects resulting from its practice, which can put democracy itself at risk.’

On September 7, a case against Lula regarding the possible delivery of resources from the National Bank for Social Development for works in Angola was also closed.

The justice of the Federal District (DF) put an end to criminal actions and investigations in the absence of any act of guilt and the presentation of pieces of evidence that proved the innocence of the former president.

Lula’s defense team highlighted the declaration of the nullity of four processes, contaminated by the suspicion of partiality of the former judge Sergio Moro, and the incompetence of the 13th Federal Court of the southern city of Curitiba.

The court decision took into account information presented by former executives of the construction Odebrecht company.

The decision was made by Judge Frederico Botelho de Barros Viana, of the 10th Federal Criminal Court in the Federal District.

The former president recovered his political rights in March after a Federal Supreme Court judge annulled all his convictions and allowed him to run for power in 2022.

Lula reaffirms is interest in fighting off hunger, rebuilding Brazil

Panamanian professor hails Cuba’s victory over US blockade at UNGA

Lula reaffirms is interest in fighting off hunger, rebuilding Brazil

Panamanian professor hails Cuba’s victory over US blockade at UNGA