Fight against Covid-19 among objectives of Celac Summit in Mexico 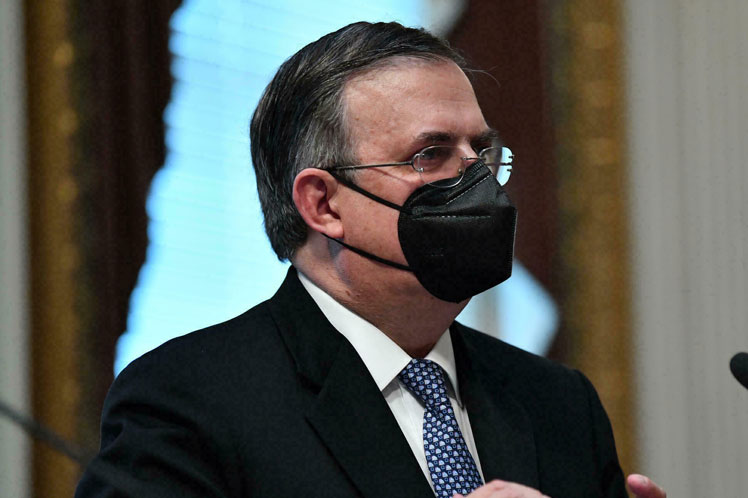 Fight against Covid-19 among objectives of Celac Summit in Mexico

The minister recalled at the presidential morning press conference at the National Palace that Mexico holds the pro tempore presidency of the Community of Latin American and Caribbean States (Celac) for two consecutive terms.

This was because the pandemic prevented the 2020 summit from being held, so the mandate was extended until 2021.

Therefore, this sixth summit meeting will present the advances in this long period and will emphasize how they faced the pandemic, the joint actions carried out such as the packaging of vaccines between Mexico and Argentina, the distribution of therapeutic ventilators, and all joint actions in these two years.

A second strategic objective, he added, derives from the teaching of the pandemic itself, which showed that if we work together we have a better chance of getting ahead and of having the voice of the region be heard, which we are capable of doing, since the value of coordination and unity has been shown, he assured.

Ebrard revealed that there are two specific initiatives that will be discussed at the meeting, the first of which is the creation of a Latin American and Caribbean space agency, and the need for the region to link up with other areas of the world on that front.

The other is the creation of a disaster fund that Latin America and the Caribbean need in order to face the effects of climate change, floods, hurricanes, earthquakes, fires, since the new normal is climate instability and we must be prepared for that purpose.

The summit will also analyze what plan Latin America and the Caribbean will follow to have equipments, vaccines, tests for any other contingency so the same thing as in 2020 will not happen to us again with the SARS-CoV-2, responsible for the Covid 19 disease.

For this, there is the participation of the United Nations Economic Commission for Latin America (ECLAC), he explained.