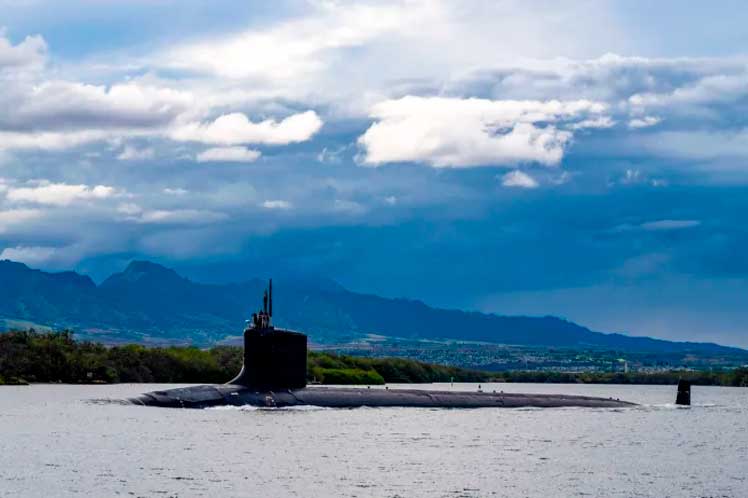 In an exclusive interview with state-run Central News Agency of Korea (ACNC), the head of the foreign information office of the North Korean Foreign Ministry perceived the rejection of the region as a logical thing.

It is a very unpleasant and dangerous act that breaks the strategic balance of the Asia-Pacific region and unleashes a chain nuclear arms race, he declared.

It is very natural, he said, for China and other neighboring states to criticize such conduct as an irresponsible action that destroys peace and stability in the region, as well as the international nuclear non-proliferation system and aggravates the arms race.

Even a country allied to the United States disapproves the decision, calling it ‘brutal, unilateral and unpredictable’ and ‘a stab in the back’, he said in a veiled reference to France.

The DPRK Foreign Ministry official also referred to statements by a White House spokesman, who explained the decision was made ‘for the security of the Indo-Pacific region’.

This position means that it does not matter the transfer of nuclear technology to any country if it is in the interests of the United States, he says.

He also added that the United States is precisely the main responsible in destroying the international nuclear non-proliferation system.

The double standard of the United States, which becomes more serious with this new administration, violates international rule and discipline and seriously threatens world peace and stability, he said.

In this regard, he warned that the situation created confirms that work aimed at strengthening the national defense capacity must continue in the DPRK.