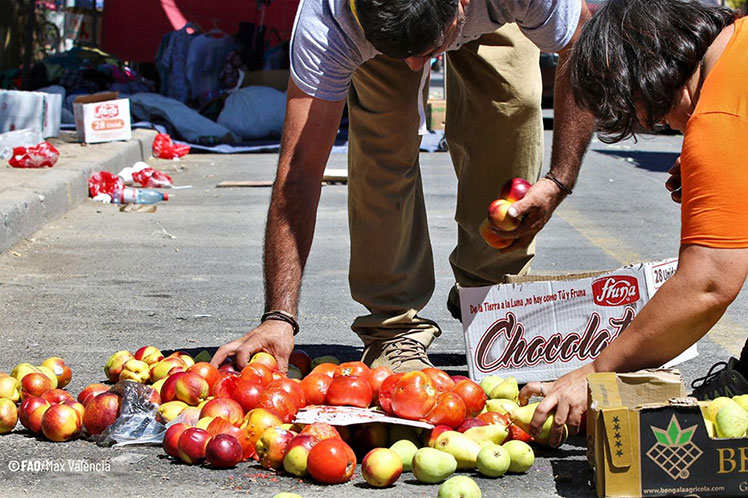 Meanwhile, 14 percent of that food is lost and it is urgent to reduce such waste levels as soon as possible, he pointed out through his Twitter account on occasion of the International Day of Awareness on Food Loss and Waste.

We all have an important role to play in reducing this waste, stressed the highest representative of the UN.

For his part, the director general of the Food and Agriculture Organization of the United Nations (FAO), Qu Dongyu, stressed that food waste in homes, restaurants and other services is equivalent to a loss of 400 billion dollars per year in food value.

In a video message he highlighted the need to intensify global cooperation to transform food systems and improve the farm-to-fork connection, in line with the 17 Sustainable Development Goals (SDGs).

In fact, SDG 12 refers to ensuring sustainable consumption and production patterns, and includes a specific target on halving per capita food waste globally by 2030.

FAO’s Deputy Director for Economic and Social Development, Nancy Aburto, explained the problem of food waste is global and it is not just limited to rich nations.

According to her, she asserted, food insecurity, hunger and malnutrition affect all the countries of the world, none are exempt.

Currently, she reported, some 811 million people are hungry around the globe and two billion have micronutrient deficiencies, that is, vitamin and mineral deficiencies.

Millions of children suffer from stunting and wasting, deadly forms of malnutrition, he lamented.

Aburto pointed out that, due to their high cost, healthy diets are out of the reach of the vast majority of people in all regions of the world, including Europe.

FAO reports also highlight that food that is not consumed is a waste of resources such as land, water, energy, soil, seeds and other inputs used for its production.

Just a few days ago, the UN hosted the Food Systems Summit, which allowed many of these issues to be debated and called for urgent action on the matter.