Call to commemorate 529 years of indigenous resistance in Guatemala 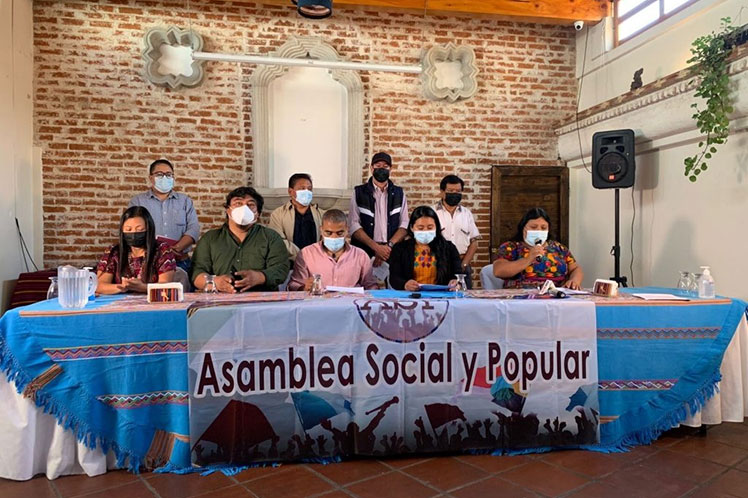 Call to commemorate 529 years of indigenous resistance in Guatemala

Representatives of both organizations specified that they will start from the Obelisk of the capital’s zone 10 through the entire Avenida La Reforma, with a stop at the Supreme Court of Justice and the Congress until ending in the Plaza de la Constitución, in the Historic Center.

The call to take to the streets involves other peasant and indigenous groups and the entire Mayan, Xinca and Garífuna population that lives and works in this city.

This opportunity will also serve to show once again ‘the rejection of the current government of Alejandro Giammattei, which has led the country almost to the total abyss in terms of corruption and impunity,’ they said.

‘The Peoples, Nationalities and Nations of Abya Yala commemorate this October 12, 529 years of Indigenous, Black and Popular resistance because since the beginning of the European invasion we have not stopped fighting against the violent and genocidal impositions with which they have tried to surrender. , submit and silence us, ‘they argued.

In a statement on the date, they called to fight for a Plurinational State for Good Living and recognized as a tribute to all the ‘grandparents who rose up in the fight against the invader, initiating the first resistance from Tekun Uman (K’iché) ‘.

According to the text, on this new anniversary they express their rejection of the so-called Bicentennial ‘of the coup that gave a small elite the chance to promote a false independence that did not mean any change for the majority of the population.’

In his opinion, ‘the Peoples, Nationalities and First Nations have nothing to celebrate because to the 300 years of colonial domination, 200 years of dispossession, exploitation and domination of a few over the majority have been added.’

The statement highlights in all these years the resistance against the neoliberal and extractivist model that involves mining, hydroelectric, monoculture and mega-projects imposed on their territories without consent.

‘To all this has been added the open and blatant theft of the people’s money by corrupt businessmen, rulers and politicians who have joined forces to control all State institutions in order to protect their backs with impunity,’ they denounced.