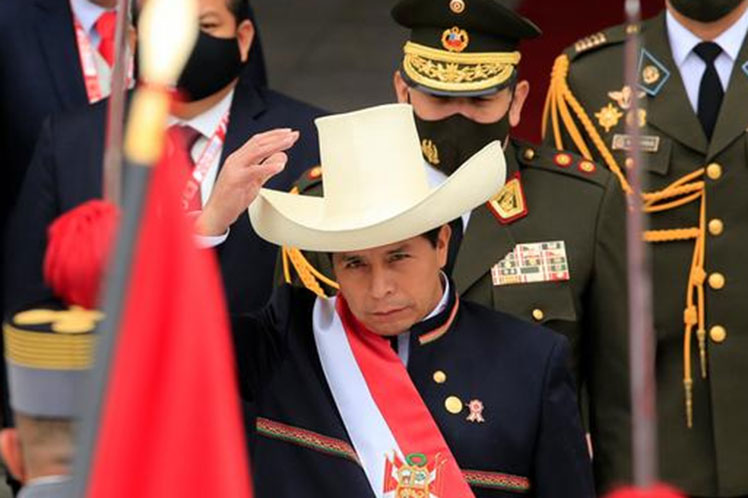 The conspiracy was discovered by the journalistic portal El Foco, which published Internet dialogues of the business group which coordinates actions of a strategy to destabilize the executive until his fall.

The conspiracy was made public almost at the same time that the opposition majority in the Congress of the Republic ratified a law which reduces to a minimum the constitutional possibility of the President to dissolve the legislative body as a defensive action.

The conspirators, the report added, pretend to ‘get communism out of the government’, to finance a strike of the transportation unions, which they claim will begin on November 8 and will paralyze the country.

Márquez has had several meetings with the President and traveled last month in a business mission simultaneously with President Castillo’s visit to the United States and commented that the President sent a positive message to attract foreign investments.

In response to the revelation, the SIN issued a communiqué, in which it stated that the personal statements of its members ‘do not compromise the institution’ and denied involvement in destabilizing political actions and, on the contrary, maintains a frank dialogue with the executive.

The newspaper report stated that the businessman Silva, leader of the gastronomic union, proposed in the Internet dialogues ‘to save democracy’ and ‘to get rid of communism’. And he tried to disqualify the accusation alleging that it is absurd and groundless.

On the other hand, the leader of the transport union, Geovani Diez, coordinator of the November 8 strike, acknowledged contacts with businessmen, but maintained they are not financing the strike.