Researcher from Cuba elected member of the World Academy of Sciences 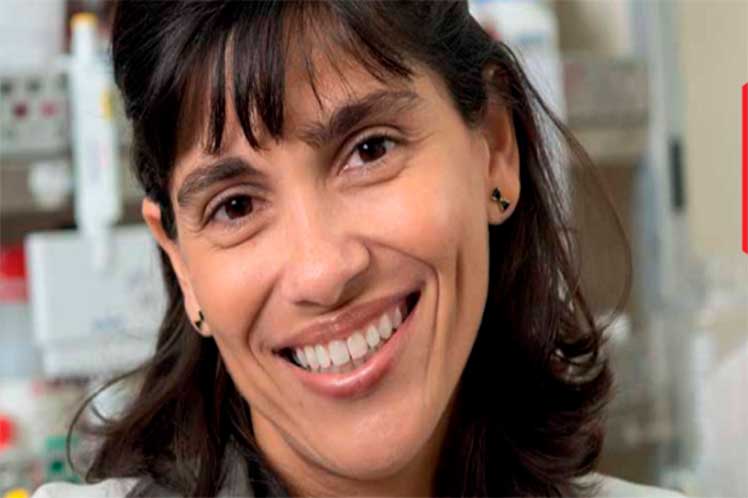 Researcher from Cuba elected member of the World Academy of Sciences

In a message on the social network Twitter, the Cuban entity explained that the scientist from this Caribbean nation will be part of TWAS for the advancement of science in developing countries, effective as of January 1, 2022.

Since 2020, Dr. Crombet was also one of the eight Cuban academics selected for the International Panel of experts as an Advisory Group for the confrontation of Covid-19 in the world.

The expert has participated in the research, development and clinical trials of some of the most innovative therapies and vaccines in Cuba, including CIMAvax-EGF developed for non-small cell lung in cancer patients.

In 2015, this therapy completed phase IV clinical trials in Cuba and is now used in primary health care.

Recently, the Roswell Park Institute in the United States announced the initiation of a clinical study with CIMAvax-EGF in the prevention of lung cancer.

That institution in the North American country had received approval from the US Treasury Department in 2015 to test CIMAvax-EGF and other CIM products there.

The World Academy of Sciences (TWAS) is an autonomous international organization, founded in Trieste, Italy, in 1983 by a distinguished group of scientists under the leadership of the late Nobel laureate Abdus Salam of Pakistan. It was officially unveiled in 1985.

A Council, elected every three years by the members, is responsible for overseeing all the affairs of the Academy.

More than two thousand scientists around the world, including TWAS members, offer a free peer review of research grant, scholarship and award proposals submitted to the Academy by scientists and institutions in developing countries.