16th edition of the Belgian Week begins in Cuba 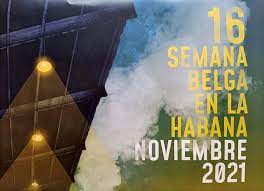 16th edition of the Belgian Week begins in Cuba

The event coincides with the 15th anniversary of the Wallonia Showcase, opened in 2006 to boost Belgian-Cuban relations and venue of the Heritage, Comic Strip and Fiction Colloquium, which will approach the creative process of that art manifestation, based on the considerations of six panelists from the island and Belgium.

During the Colloquium, which pays tribute to Havana historian Eusebio Leal, volumes 4 and 5 of Kronikas magazine will be presented. El Inventario imaginario, by Belgian cartoonist Etienne Schréder.

As a novelty, the event brings to Cuba the arrival of the Minister-President of the Government of the Brussels Capital Region, Mr. Rudi Vervoort, invited by the Minister of Culture, Alpidio Alonso Grau and accompanied by a large delegation, which will include artists and professionals from the academic sector of that city.

According to its organizers, the event will also include professional meetings with creators and the photographic exhibition of the non-governmental organization Créahm, which exhibits its creative work in the Belgian capital, where it offers visual arts, music, dance, theater and circus workshops for people with disabilities.

Other planned actions will include the donation to the Office of the Historian of images from the exhibition Men, Works and Machines, by the Belgian association Meta-Morphosis.

Until November 15, the Belgian Week brings life to Havana’s Historic Center with a wide cultural agenda, after the long pause imposed by Covid-19 on the island, and will be widely followed through digital platforms.

Cayo Santamaria to host international event on tourism in Cuba

Cayo Santamaria to host international event on tourism in Cuba