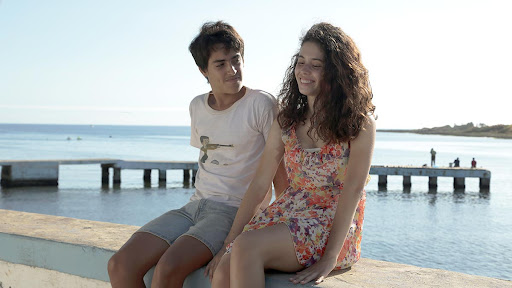 The films are part of a selection of a dozen projects to be played during the festival, in addition to titles from Argentina, Chile, Colombia, Guatemala, Mexico, Peru, Puerto Rico, Spain and the United States.

Brouwer: el origen de la sombra, directed by Katherine T. Gavilán and Lisandra López, opens the doors to the world of Cuban musician Leo Brouwer, through the graphic testimony of his daily life, creative processes and his work.

Armando Capó’s feature-length fiction film, Agosto (August), is a portrait of Cuba in the summer of 1994, marked by the period known as the Special Period and the multitude of people who set sail for a “better life” in the United States.

The film, produced with the support of France and Costa Rica, focuses on the life of Carlos, who clashes with this reality when neighbors and friends begin to leave, while a major problem emerges: the distance and rupture of many affective relationships.

Organ, by Rosa Maria Rodriguez, recalls the history of this musical instrument, introduced in the Island in the 19th century, which distinguishes the sonority of the eastern part of the country and to which the Ajos family pays tribute with a traditional celebration in a community in the province of Holguin.

Completing the Cuban showcase at the event are titles such as the UK co-production Mambo Man (2020), directed by Edesio Alejandro and Mo Fini; Giselle by Enrique Pineda Barnet, Se Permuta, by Juan Carlos Tabío; A media voz, by Heidi Hassan and Patricia Pérez and Retrato de un artista siempre adolescente, by Manuel Herrera.

In its 21st edition, the event, which takes place from the Village East Cinema until November 11, offers an approach to cinematographic voices from Latin America and the Caribbean, as a way of ratifying the value of art in the development of communities, the festival’s website remarks.