Sandinista Front is winning the elections with 74.99% 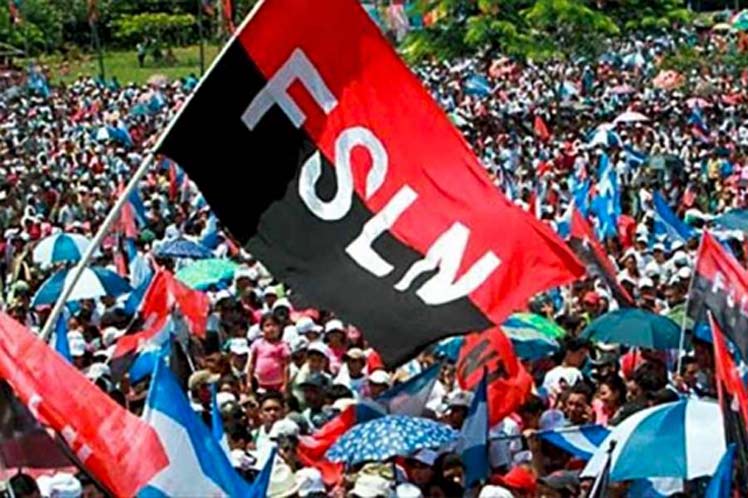 Sandinista Front is winning the elections with 74.99%

In its first official report, the Supreme Electoral Council (CSE, in Spanish) specifies that the Ortega-Rosario Murillo ticket has the favor of 74.99% of the electorate after certifying 49.25% of the ballots that came in from 6,629 polling stations out of the 13,459 enabled for voting.

The CSE also informed that the other contending parties: the Constitutional Liberal Party is second with 14% of the votes; Christian Path Party, 3.44%; the Nicaraguan Liberal Alliance, 3.27%; Alliance for the Republic, 2.20%, and the Independent Liberal Party, 1.70%.

Legal representatives and national prosecutors of the 6 parties and 1 political alliance participating in the general elections of Nicaragua, have been verified the transparency of the process at the National Counting Center.

Julio Acuña, national director of attention to political organizations, indicated that the elections and especially, the supervision process, began since the race for the presidency began and has continued this November 7 with the presence of observers in the more than 13,000 Voting Boards that were set up in Nicaragua.

Over 200 international observers have oversawn the electoral process in Nicaragua.

The delegations of Russia, Abkhazia and South Ossetia, in their role as foreign overseers, assessed as positive, the general elections held in Nicaragua, this November 7.

More than 3.5 million Nicaraguans also voted for 92 members of the National Assembly and deputies for the Central American Parliament.