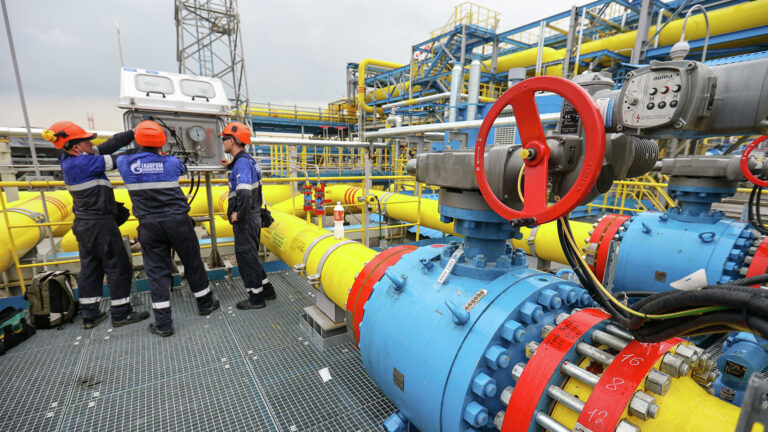 The gas giant reported that the volumes and routes of transfer were determined with the counterparts and it began to comply with its fuel delivery plan.

Last weekend, Russian President Vladimir Putin instructed the Russian company to increase supply to European warehouses after finishing pumping gas to those in the Eurasian nation.

On November 7, Gazprom’s pumping to the old continent was almost 20 percent of the total volume of gas warehouses in the region, according to data from the European Gas Infrastructure (GIE).

The day before, direct deliveries through the Yamal-Europe gas pipeline to Germany were also resumed, and this morning they were doubled, according to the report of the Russian company, released by the TASS news agency.

He also indicated that the requests for supplies to Slovakia through Ukraine, from this November 9, grew from 75.22 to 83 million cubic meters per day, according to the Slovak operator Eustream.

On October 13, the Russian president reiterated that his country’s companies comply with all contracts for the supply of natural gas to Europe and have never rejected the requests of their foreign partners.

“In the difficult autumn and winter periods of recent years, if our partners asked us to increase supplies, even beyond our contractual obligations, we always complied,” said the president in the plenary session of Energy Week From Russia.

Putin said stability and predictability are important for any market and insisted that Russia constantly work to strengthen the energy security of the entire European continent in the coming years.

He gave as example the infrastructure projects Turkish Stream, Balkan Stream, Nord Stream 1 and Nord Stream 2, implemented together with companies from the old continent and which will lead to a significant reduction in the production of greenhouse gases.

Panamanian students to return to the classrooms