Support to Cuba grows in France 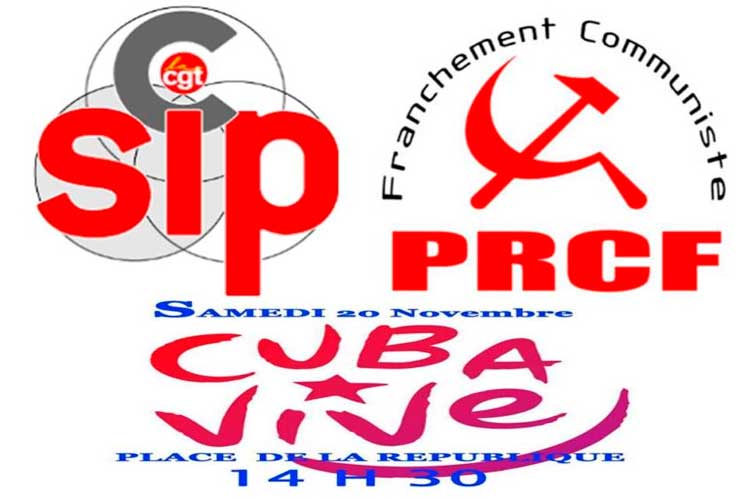 Support to Cuba grows in France

In a statement, the Press and Communication Printers Union (SIPC) expressed total solidarity with the Cuban government in the face of what it described as “the umpteenth destabilization campaign orchestrated by Washington”.

The union, which is part of the General Confederation of Labor of France, also expressed its condemnation of the media campaign that is part of the interference actions and accused the mainstream media of spreading fake news about the island.

Likewise, it warned that Washington is trying to silence Cuba’s achievements in health and education, the equality enjoyed between men and women,and the fact that Cuba does not accept the American neoliberalism.

It ratified the support to Cuba and its Workers’ Central and its willingness to mobilize in defense of them.

For its part, the Communist Renaissance Pole in France rejected that the U.S. government and the counterrevolutionary mafia of Miami are trying to take advantage of the Covid-19 pandemic and its consequences to besiege and try to subjugate socialist Cuba as never before.

In accordance with the position set forth in its publication Communist Initiative, the organization accuses Washington of seeking instability with demonstrations to justify its interference and armed invasion.

The Cuban people will know how to respond as they did this summer under the slogan “the streets belong to the revolutionaries”, it affirmed. Other organizations such as Cuba Si France, France Cuba, Cuba Coopération France and Cuba Linda issued communiqués to support the Caribbean country and its Revolution and denounce the plans to impose a regime change.

Last night, the French Communist Party reiterated its solidarity with the Island and repudiated the U.S. economic, commercial and financial blockade, a policy that it demanded be lifted immediately.