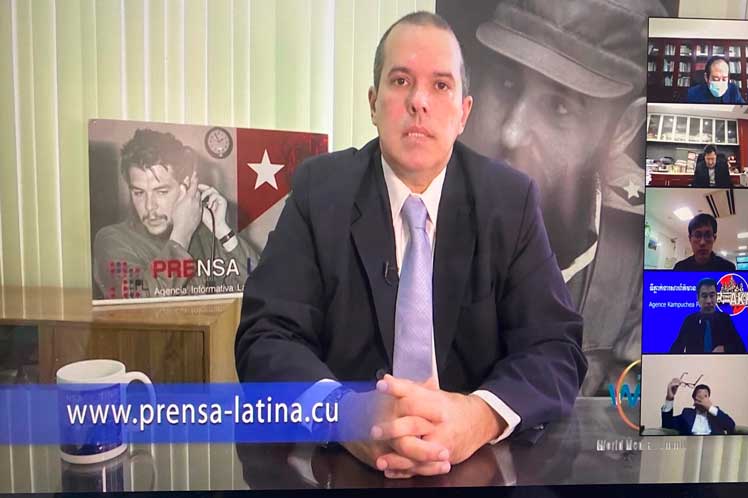 In this path of growth -he emphasized- Prensa Latina, in spite of great economic and technological difficulties, offers its modest experience and full willingness to cooperate to all the participants at the Summit.

González recalled that Prensa Latina -founded in 1959- is the first Latin American alternative news media with international reach and the main native news agency in all of Latin America and the Caribbean, and now has correspondents in 40 countries.

“The experience accumulated in more than six decades, covering social mobilizations, war conflicts and natural disasters, among other events, prepared us to face the current Covid-19 pandemic,” González recalled.

He mentioned that since the advent of the Covid-19 pandemic, Prensa Latina’s website (www.prensa-latina.cu) has the highest Internet traffic in Cuba and the best positioned in the world web ranking among Cuban websites, which reflects its unquestionable reach.

He also denounced Prensa Latina’s technological hardships, as it is headquartered in Cuba from the punitive measures of the U.S. blockade on the island, even suffering the closure of bank accounts of news correspondents in many countries, due to pressure from the U.S. government and the extraterritorial effect of its sanctions.

Prensa Latina attended the first event, held that same year in Beijing; while subsequent editions were held in Moscow (2012) and Doha (2016).