UN: Women and girls at high risk of being pushed into modern slavery 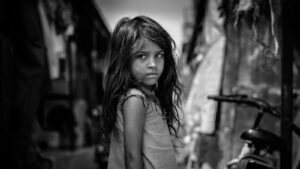 UN: Women and girls at high risk of being pushed into modern slavery

In an alert to coincide with the International Day for the Abolition of Slavery on December 2, they warned that global challenges such as Covid-19, climate change and armed conflicts have amplified existing vulnerabilities.

According to figures released by the UN Children’s Fund (UNICEF) and the International Labor Organization (ILO) in June, nearly 80 million children aged 5 to 17, are subjected to hazardous work which is classified as a contemporary form of slavery.

Now, according to the experts, these children may be working longer hours or under worsening conditions as a result of the economic recession and school closures caused by the pandemic.

Many others may have been forced into the worst forms of child labor, owing to job and income losses among their families. This includes the forced recruitment of youngsters into armed and criminal groups.

According to unofficial estimates cited by the experts, one in every 130 women and girls is subjected to contemporary forms of slavery such as child and forced marriage, domestic servitude, forced labor and debt bondage.

“These practices are also fueled by intersecting forms of discrimination, such as race, social and economic status, age, disability, sexual orientation, and immigration status, among others,” the experts warned.

“Slavery in all its forms needs to end for everyone, including women and children in contexts of armed conflict. Slavery is a disgrace to humanity which in the 21st century cannot be tolerated”, they conclude.