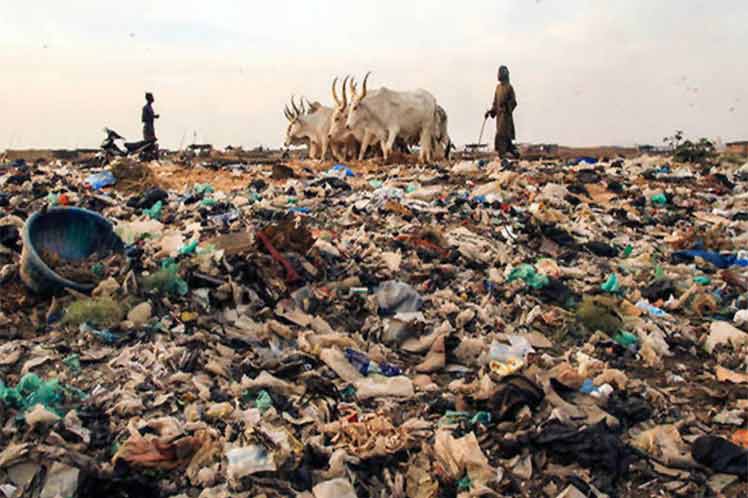 United Nations, Dec 7 (Prensa Latina) The scourge of unsightly images of plastic refuse littering our beaches and oceans always receives much attention, but a new report by the Food and Agriculture Organization (FAO) suggested the land we use to grow our food is contaminated with far larger quantities of plastic pollution, posing an even greater threat to food security, people’s health, and environment.
Share on facebook
Share on twitter
Share on whatsapp
Share on telegram
Share on email

“Soils are one of the main receptors of agricultural plastics and are known to contain larger quantities of microplastics than oceans,” FAO Deputy Director-General María Helena Semedo said in the report´s foreword.

According to data collated by FAO experts, agricultural value chains each year use 12.5 million tons of plastic products while while another 37.3 million are used in food packaging.

Crop production and livestock accounted for 10.2 million tons per year collectively, followed by fisheries and aquaculture with 2.1 million, and forestry with 0.2 million tons.

Asia was estimated to be the largest user of plastics in agricultural production, accounting for nearly half of global usage. Moreover, without viable alternatives, plastic demand in agriculture is only set to increase. As the demand for agricultural plastic continues surge, Ms. Semedo underscored the need to better monitor the quantities that “leak into the environment from agriculture”.

Since their widespread introduction in the 1950s, plastics have become ubiquitous.

In agriculture, plastic products greatly help productivity, such as in covering soil to reduce weeds; nets to protect and boost plant growth, extend cropping seasons and increase yields, and tree guards, which protect seedlings and saplings from animals and help provide a growth-enhancing microclimate.

However, of the estimated 6.3 billion tons of plastics produced before 2015, nearly 80% had never been properly disposed of.

While the effects of large plastic items on marine fauna have been well documented, the impacts unleashed during their disintegration potentially affect entire ecosystems.

UN calls for protection of ethnic minorities in Afghanistan

UN calls for protection of ethnic minorities in Afghanistan