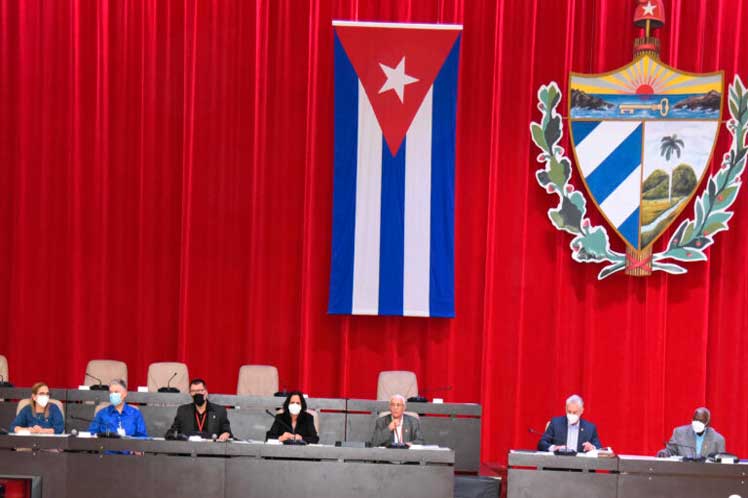 According to President Miguel Diaz-Canel, given the difficulties in acquiring supplies due to the context of global crisis aggravated by the Covid-19 pandemic, and the intensification of the United States blockade, Cuba must take advantage of its scientific potential in order to increase the efficiency of its productive activity.

Cuba has the advantage of implementing 63 measures to increase food production, designed on basis of the criteria of producers to eliminate bureaucratic obstacles and financial mechanisms, as well as marketing, among other aspects.

Actions to promote the development of renewable energy sources and the substitution of imports are also directed at this purpose, said the Cuban president when speaking in the 8th Ordinary Session of the 9th Legislature of the National People’s Power Assembly (Parliament).

Diaz-Canel also insisted on the impetus that the process of computerization of society gives to this effort for efficiency, as well as the application of science and innovation, social communication, and the increase in the rigor of economic and financial analyses of companies and institutions.

The diversification of the economic actors with the incorporation of new forms of non-state management, as well as the strengthening of the socialist state enterprise, gives dynamism to the economy based on the social development of the territories, he pointed out.

The president stressed that the Economy Plan and the State Budget for 2022 focus on favoring the development of the country from the municipalities, and in that purpose People’s Power grassroots play a special role.

In that regard, he directed the organization of people’s control to confront corruption and price speculation, as well as to improve internal trade mechanisms, among other initiatives to improve the quality of services.