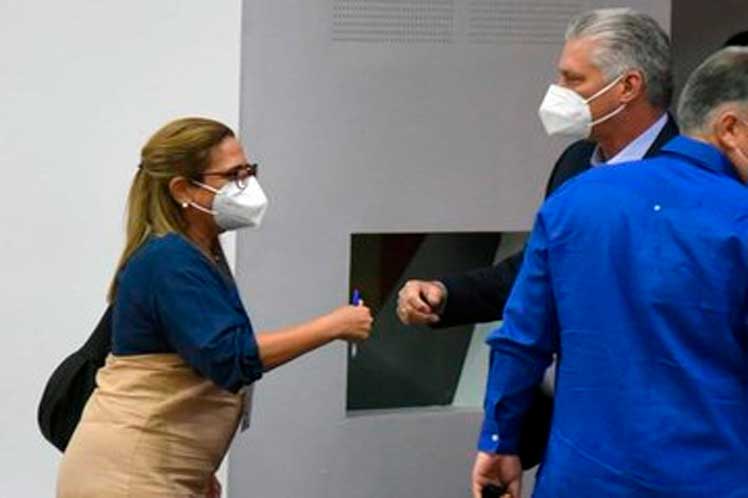 During the working session of the Economic Affairs Commission of Cuban National People’s Powe Assembly (Parliament), which was attended by President Miguel Diaz-Canel, Minister of Finance and Prices Meisi Bolaños pointed out that in 2021, the public debt was estimated at some 69.437 billion pesos (about 2.893 billion dollars).

She warned that although the figure represents a decrease of 17.308 billion pesos (321 million dollars) compared to the plan, it is not the result of savings or greater efficiency, but rather the failure to comply with material investments.

The minister remarked that Cuba needs to capture more incomes from the identification and collection of all reserves, the requirement and incentive for the periodic and voluntary payment of taxpayers’ obligations, as well as systematically combating tax evasion.

Bolaños explained that the 2021 budget redirected its priorities and limited resources to confronting Covid-19, and in particular emphasized the immunization campaign and the administration of booster doses to the population, for which around 3.7 billion pesos (154 million dollars) were allocated.

Next year, the country will need a better performance of public management in the territories, said the minister, who recalled that it is in the municipalities where the execution of budgets is approved and controlled, in addition to defining essential aspects such as priorities in the actions to be taken to improve people’s lives.

It is in the territories where production of food and other goods and services take place, which is vital to meet the population’s demand and increase the supply necessary to reduce inflation.