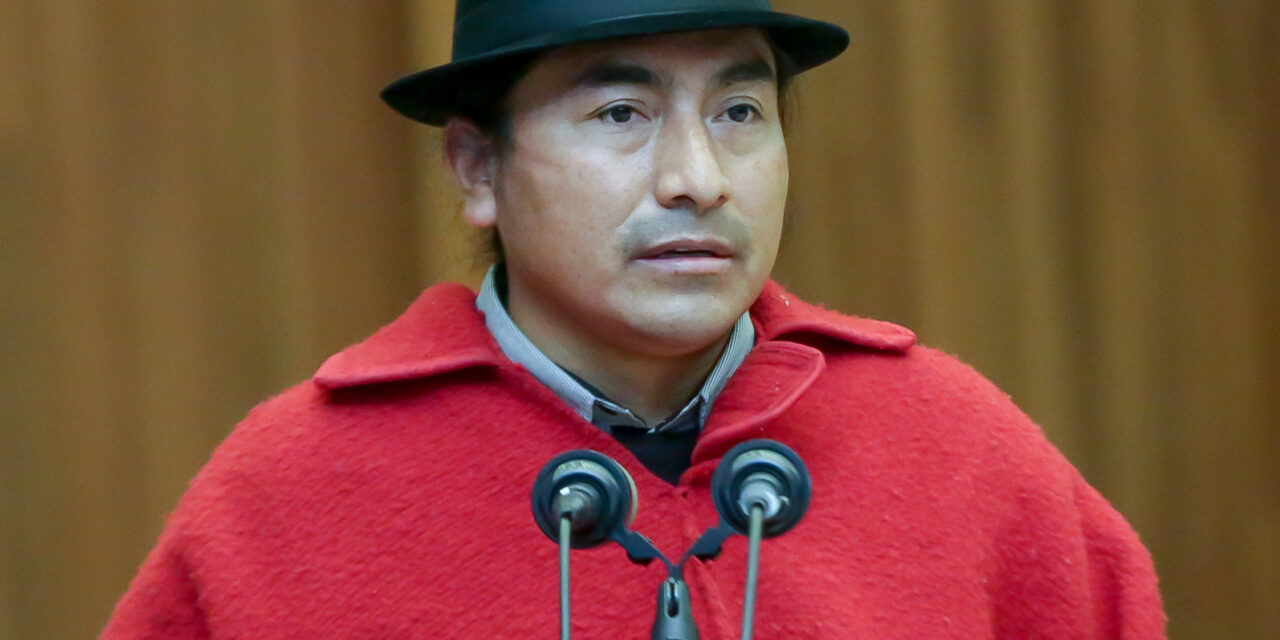 The position of these instances was endorsed in a statement issued by the Alliance for Human Rights and disseminated on social networks.

The entity affirmed that the president of the republic publicly spoke out in a threatening, stigmatizing and violent way against Iza, who chairs the Confederation of Indigenous Nationalities of Ecuador (Conaie).

In this regard, the Alliance rejected that Guillermo Lasso seeks to intimidate those who speak out for human, collective and defense of nature rights, with threats of imprisonment.

Likewise, it demanded that the Ecuadorian State comply with its national and international obligations and ensure an environment favorable to the work of defenders of those rights.

“We demand that constitutional rights fundamental in a democratic society be guaranteed,” they emphasized and mentioned some such as freedom of conscience and thought, of expression, assembly, association, to social protest and to resist.

In addition, those who adhered to the pronouncement asked the national government to refrain from exploiting justice and using public force against the norms.

“We demand respect for democracy, which ultimately means respecting dissent and its public expression, whether in the courts or in the streets,” they warned.

Finally, they indicated that, as the Alliance for Human Rights and subscribing organizations, they will maintain their claims to the State.

The aforementioned responded to statements by Lasso in the weekly space “Meet us for the Citizenship”, in which he called Leonidas Iza an anarchist and stated that “he hates democracy, hates the institutionality of Ecuador, is efficient in setting fire to public buildings, is efficient in promoting the kidnapping of journalists and police officers. “

As Lasso insisted, the indigenous leader wants to create an environment of anarchy outside of the country’s institutions and democracy and warned they will confront him with all the power of the state, the public force and threatened to imprison him, which was considered by many as a derogatory, intimidating and violent speech.