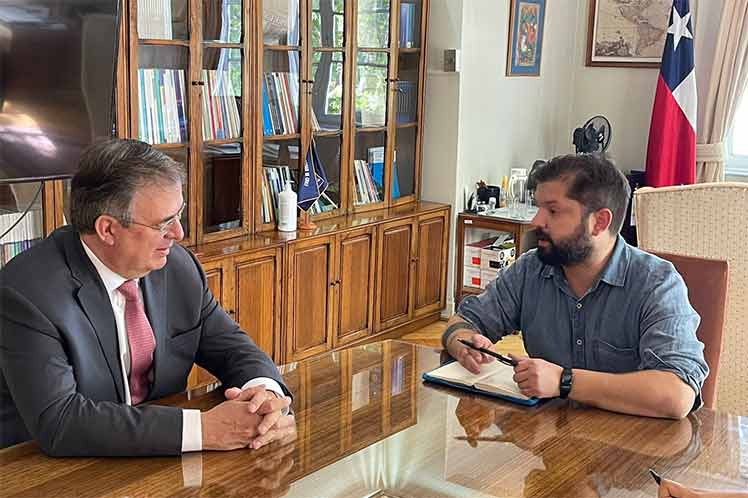 “We are going to initiate an era of deepening relations of brotherhood among Latin American peoples”, said Boric, who promised to make every effort so that “the voice of the region emerges in the global world”.

The Mexican Foreign Ministry underlined the commitment and willingness to continue strengthening ties with the next government in order to deepen the strategic partnership.

The head of diplomacy confirmed his attendance to the ceremony of inauguration of the left-wing candidate on March 11 and extended him an invitation to visit Mexico and meet with President Andrés Manuel López Obrador.

Boric, of the Apruebo Dignidad coalition, won the December 19 elections with a wide lead over his rival, the far-right José Antonio Kast, and became the youngest Chilean president-elect and the most voted in the country’s history.

“The triumph in Chile, together with the presence of several progressive governments, is going to give a new intensity to the struggle to have a common voice in Latin America and the Caribbean,” said Ebrard.

In this sense, he mentioned the coincidence of positions between Mexico and other governments such as those of Bolivia, Argentina and now Chile.

During his visit, the foreign minister went to the headquarters of the Constitutional Convention, where he met with the outgoing president of that body, Elisa Loncon, whom he recognized for her struggle in favor of the Mapuche people, indigenous communities and women’s rights.

The Secretary of Foreign Affairs will participate today in Argentina in the meeting of Foreign Ministers of the Community of Latin American and Caribbean States.