Most demanded Cuban beaches by tourists 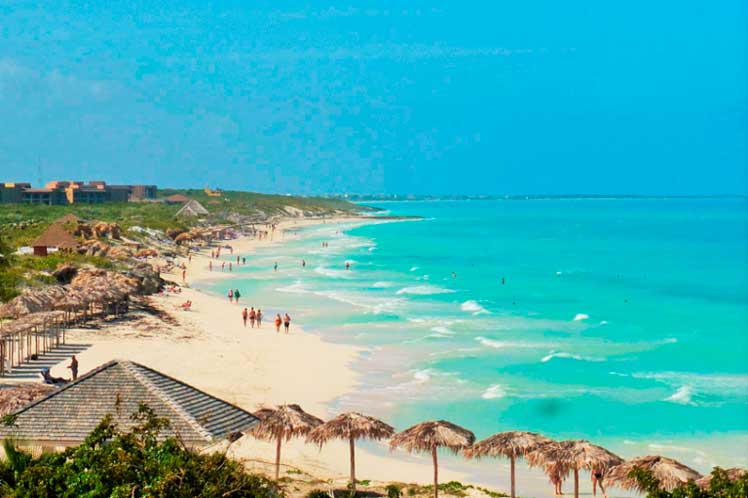 Most demanded Cuban beaches by tourists

A survey created by the famous travel website TripAdvisor always arouses the curiosity of millions of people on the planet, especially if it is an island as interesting as this one.

In addition, this relationship, or Top 25, is based on consultations with thousands of clients, with experience in visiting these places, in themselves the most sought after by vacationers who come to this nation.

Hence, we discover the charms of both beaches, and the reasons for said selection, based on reports from the Ministry of Tourism (Mintur).

Cuba in the entire archipelago has more than 200 beaches and to be more precise, of the 588 kilometers of these, 256 are part of 12 main regions of tourist development.

Cayo Santa María, in the north-central Cuban region, is one of the most outstanding recreational spots in this nation, and before Covid-19, it reported many repeat travelers, especially Europeans. Even now it is open to those who want to rest in this country.

These are islets of white sand and extremely clean waters, a characteristic that accompanies other keys, no less famous, around them, such as Ensenachos and Las Brujas.

To get to Cayo Santa María, the ideal way is through a 48-kilometer road over the waters known by Cubans as pedraplén, which starts from the town of Caibarién, in the north of the central province of Villa Clara.

In addition to the enjoyment offered by the sun and the beach there, they are ideal places for diving, snorkeling, yachting and other excursions.

For its part, Varadero is much more than a beach itself. Officially founded on December 5, 1887 by the communal merger named Los Decembrinos, several wooden houses and Spanish tiles were built there, to later become known through the rise of rowing regattas.

The geological formation of the place dates back to the Quaternary era and the name of the peninsula where it is located, Hicacos, responds to a green tree with spiny leaves, a typical cactus that once covered this 22-kilometer-long portion (its widest part is 700 meters).

The name of Varadero comes from being a shallow sandy coast, where boats carried by the tide ran aground. The Spanish navigator Sebastián de Ocampo discovered it in 1508 during his voyage to the island and the first mention of it appeared in 1540 on a map by Alonso de Santa Cruz.

Varadero has, in addition to its beaches, 15 archaeological sites, such as grottoes and caverns, which served as a refuge, whose most visited vestige today is the Ambrosio cave, where the largest pictograph in the Caribbean is found (five galleries 250 meters long).

In 1950, the first large hotel on the beach was built, the Internacional, now renovated with a current installation that protects the environment.

By 1959, there were only three hotels in Varadero, and currently there are 40 with more than 10,500 rooms and a development still in the offing, becoming the recreational hub of the entire nation.