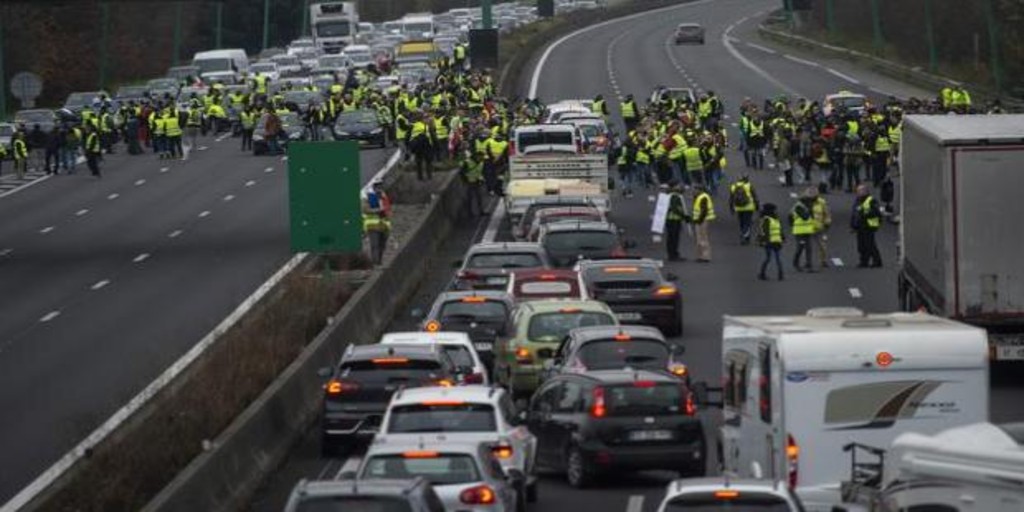 In a communiqué, the authority cites as an argument the risk of public order problems that could be caused by the mobilization, since its objective – it specified – is “to block the capital and affect circulation in the streets of Paris”.

The day before, from Nice, Bayonne, Perpignan, Lille, Brest, Strasbourg and other cities, groups of various sizes set out in trucks, cars and motorcycles with anti-government banners and placards, in particular against the vaccination pass in force since last month to curb the spread of Covid-19.

Members of the Yellow Vests movement, anti-vaccine activists and citizens from the most diverse sectors of society attended the mobilization called on social networks, which was inspired by the Canadian truckers’ protest that has been blocking Ottawa for days.

The Facebook group Convoy of Freedom has already accumulated almost 340 thousand followers, who share videos, photos and criteria on the demonstration that should reach this capital tomorrow, and which probable intentions to extend to Brussels, headquarters of the European Union institutions.

According to the Paris Police Prefecture, security forces have firm orders, and violators of the prohibition are exposed to fines of 4,500 euros if they block traffic, the retention of the vehicle and the suspension for up to three years of the driver’s license.

He also warned that organizing a prohibited demonstration represents the risk of six months in prison and a fine of 7,500 euros.

The French Minister of the Interior, Gérald Darmanin, confirmed that the authorities are closely monitoring the situation, and said that the State’s response will be “extremely firm” if the circulation of traffic and people is disturbed.

For his part, the government spokesman Gabriel Attal defended yesterday after a meeting of the Council of Ministers the management of the Executive in front of the Covid-19 pandemic and criticized those who, in his opinion, try to take political advantage of the situation.

According to the spokesman, France has been one of the countries in Europe with the least restrictions in the fight against Covid-19, a criterion with which he tried to neutralize those who use the violation of their individual rights and liberties as an argument to protest.

However, in an apparently de-escalating gesture, Attal confirmed that the vaccination pass could be dropped by the end of March or early April, in line with progress in the fight against the disease.

The controversial document, which shows a complete vaccination schedule of its bearer, is indispensable to be able to make some trips or access restaurants, cinemas, museums, theaters, events, shows, stadiums and other places, a measure that sectors of society consider contrary to their freedom.