US government orders more warships to the Atlantic and Mediterranean 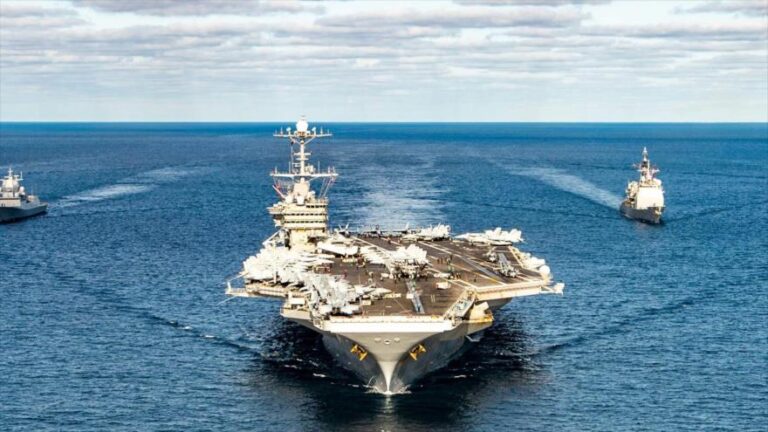 US government orders more warships to the Atlantic and Mediterranean

Washington, Feb 10 (Prensa Latina) US government has sent more warships to the Atlantic Ocean and the Mediterranean Sea, amid growing tension with Russia over Ukraine, a media reported Thursday. Although Washington talks about fostering diplomatic channels, four Navy Arleigh Burke-class destroyers have been recently deployed in Europe to support the North Atlantic Organization (NATO).
Share on facebook
Share on twitter
Share on whatsapp
Share on telegram
Share on email

The editor of The Nation magazine, Katrina vanden Heuvel, warned in a recent interview that rising US tensions with Russia over Ukraine could plunge her country into war.

We are living in a time of pandemic, of racial division, of overwhelming economic inequality, of climate crisis, and going to war, or even contemplating these two new Cold Wars, both with Russia and with China, seems crazy to me, she said.

“More attention should be paid to seeing how we can get out of these conflicts (…) instead of all this rhetoric about more military deployment on the border,” added Ms. Vanden Heuvel.

Deputy spokesman for the Russian Foreign Ministry Alexei Zaitsev, on the other hand, stated that his country considers the idea of a war with Ukraine as unacceptable and strongly believes that without the so-called Western support the conflict would have been solved long ago.