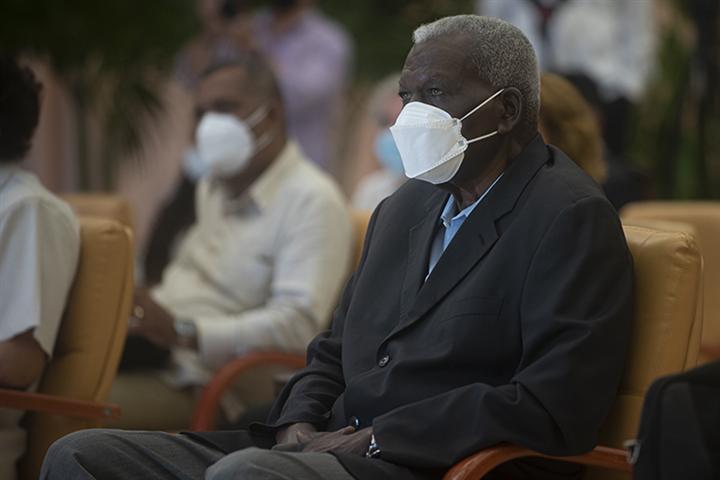 Havana, Feb 18 (Prensa Latina) Representatives of the accredited diplomatic corps in Cuba were briefed on Friday about the National Plan for Food Sovereignty and Nutritional Education, which seeks to increase agricultural production and substitute imports, among other objectives.

Parliament President Esteban Lazo chaired the meeting, which was also attended by ministers, the representative of the United Nations for Food and Agriculture (FAO) in Cuba, Marcelo Resende, and the FAO adviser for such issues, Frei Betto, among others.

Cuban Minister of Agriculture Ydael Perez referred in the presentation that the Plan is based on the population’s right to a healthy and adequate diet, and is a platform to achieve security in this area, an aspect of strategic importance for the country.

He recalled that Cuba has been subjected to a strict economic, commercial and financial blockade by the United States for more than six decades, which has a negative impact on agricultural production and food imports, to which the effects from climate change and the current crisis due to Covid-19 are added.

These factors reinforce the need to promote transformations that lead to increase our own resources, while promoting a food culture and education to improve the Cuban population’s health, Perez commented.

The minister stressed that the Plan was built with the participation of all sectors of the economy, universities and researchers, so that it stands out for its inter-sectoral, inter-institutional and interdisciplinary nature.

Perez referred to the actions made under the guidelines of the Plan, which include measures of various kinds, such as the application of science to production and finance, which include the implementation of agricultural development banks.

The minister pointed out that another area of action is the search for food quality and safety, and the development of an inclusive program, empowering the entire society and with greater integration of young people.

The Cuban minister stressed that the community is the heart of what is foreseen in the Plan, because everything that is done on a small and medium scale is very sustainable, in addition to providing employment and changing the economic and social panorama of the communities.

During the presentation, he invited the diplomatic corps accredited in Cuba to cooperate to successfully complete the objectives, and called them to a meeting collaboration agencies present in Cuba on February 23.