US Embassy will resume limited visa procedures in Cuba in May 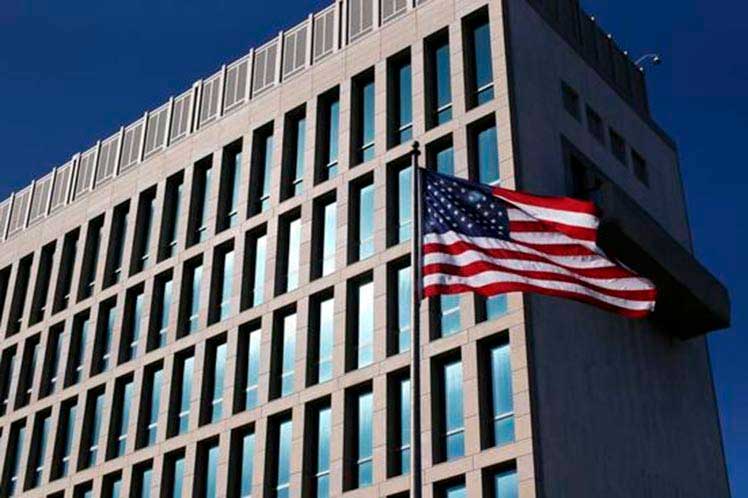 US Embassy will resume limited visa procedures in Cuba in May

Through its official website on the Internet, the Washington representation reported that it will prioritize applicants in the IR-5 category, that is, father or mother of US citizens.

People notified that their case is ready to be processed after April 1, 2022 will have their interview scheduled at the embassy in Havana, but those summoned before that date will do so in Guyana, the source said.

The diplomatic mission specified that all other categories of immigrant visas will be scheduled and awarded in Georgetown and cannot be transferred to the Cuban capital.

The resumption of processing IR-5 applicants is the first step in expanding services, but there is no exact date as to when the embassy in Havana will start processing the full range of immigrant and non-immigrant visas, he added.

On March 3, the diplomatic mission notified about the preparations to resume activities in this capital, paralyzed by the so-called “Havana Syndrome”, rejected by scientists and even reports from the US State Department.

Under the mandate of Republican Donald Trump (2017-2021), the legation reduced its staff to a minimum in September 2017 on the grounds of mysterious “sonic aggressions” and alleged “health incidents” of diplomats, even though Cuba from the beginning denied any attack and remained willing to cooperate in the investigations.

Authorities from the largest of the Antilles denounced that the accusation was actually part of a political operation to reverse advances in the ties between Cuba and the United States given during the administration of Barack Obama (2009-2017).

Without a definitive weapon, motivation or authors before the accusation, the embassy here witnessed the suspension of the family reunification program and the granting of visas, aspects that directly affected citizens of both countries and not the Antillean Executive as the North American rhetoric intended.

In addition, although in the 1984 migration agreements the United States undertook to grant at least 20,000 visas per year, in recent years it has only delivered about 4,000 each year, according to the Caribbean Ministry of Foreign Affairs.

In the last five years, Cubans have been forced to go to third countries for all their procedures, which increases costs and without certainty of approval, and there are those who bet on irregular migration that puts lives in danger.