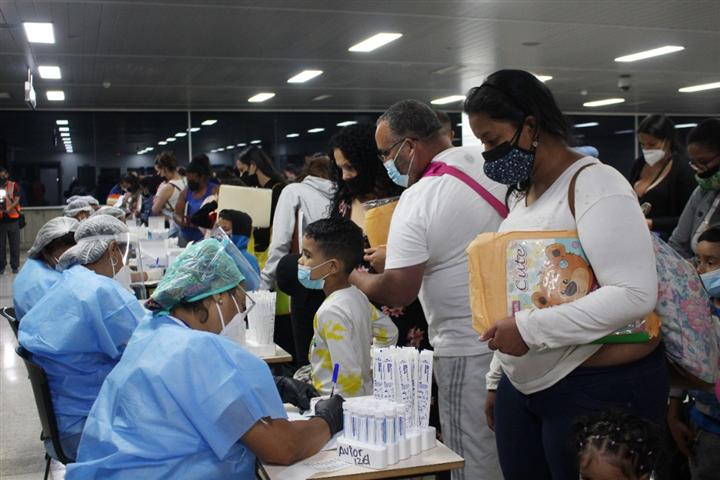 Through the efforts by the Foreign Ministry and the Embassy in Lima, the Bolivarian Executive gave direct attention and effective response to the cases of Venezuelan citizens in vulnerable conditions in Peru, the diplomatic source stated.

Venezuelan authorities implemented all biosecurity protocols before the arrivals of the repatriated migrants, including diagnostic tests and the administrations of Covid-19 vaccines.

According to official figures, since the Return to the Homeland Plan started in 2018, more than 28,000 Venezuelan citizens who emigrated in search of better economic conditions, mainly to other South American States, have returned home.

Frequently used as an argument to justify political attacks of an interfering nature, Venezuelan migration has escalated in intensity during the last few years, a situation accentuated by the effects of the unilateral coercive measures taken by the United States.

Addressing the 112th Council of the International Organization for Migration, Venezuelan Foreign Minister Felix Plasencia charged that the induction of an alleged refugee crisis, with an impact on neighboring countries, is a central element in Washington’s strategy against Venezuela.

In view of this scenario, the Bolivarian Government maintains the Return to the Homeland Plan as a lasting and effective solution to guarantee the voluntary return of thousands of citizens who have expressed their willingness to return home.

Venezuelan authorities estimate that more than 300,000 Venezuelan citizens have returned by land through the borders with Colombia and Brazil during the Covid-19 pandemic.

A total of 21 migrants rescued at sea in Greece

A total of 21 migrants rescued at sea in Greece