Study questions the date of the emergence of life on Earth 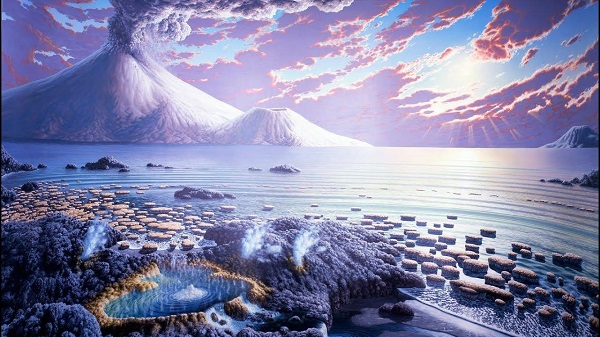 Study questions the date of the emergence of life on Earth

According to the finding of a team of scientists, led by University College London (UCL) and in which researchers from Canada, the United States and China also participated, signs of biological activity already existed for at least 3.75 billion years in the planet.

The conclusion was possible after the analysis carried out on a rock the size of a fist from Quebec (Canada), with an estimated age between 3,750 and 4,280 million years and in which tiny filaments, knobs, were previously found and tubes apparently made by bacteria.

According to experts, further investigation revealed a stem with parallel branches on one side almost a centimeter long, a much larger structure.

Although experts estimate that some of the marks present could have a chemical origin, the most complex of them seem to have a biological cause since it does not resemble any of those produced by chemical reactions, they alleged.

The research suggests, they said, that a variety of microbial life could have existed on early Earth, and as little as 300 million years after the planet’s formation.

Furthermore, according to the statements of the lead author, Dr Dominic Papineau of UCL, these findings have implications for the possibility of an extraterrestrial presence.

“If life is relatively quick to emerge, given the right conditions, this increases the chance that life exists on other planets,” he said.

Rocks from the Nuvvuagittuq Supracrustal Belt in Quebec, collected by Papineau in 2008, were selected for the investigation, the source added.