Cuba is recovering slowly in the midst of challenges 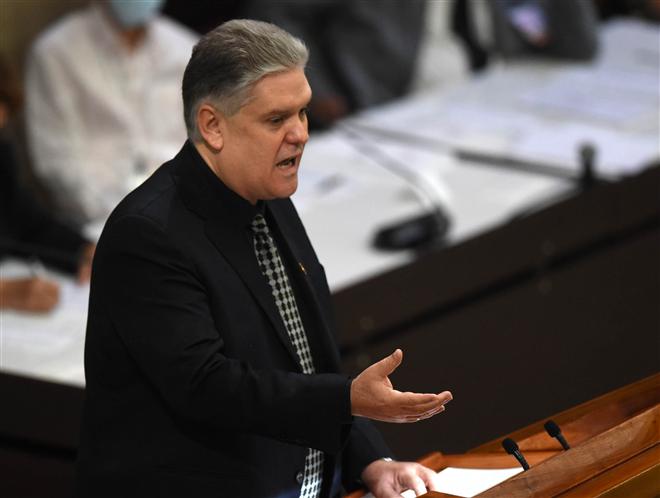 Cuba is recovering slowly in the midst of challenges

Among the issues slowing down progress, he pointed out problems in the availability of fuel and foreign currency, as well as the rise in food import prices. Gil spoke in the opening of the 5th Extraordinary Session of Parliament that is assessing among other issues of its agenda the progress in the implementation of the economic and social strategy in the post-Covid-19 pandemic.

He mentioned that a ton of wheat cost 280 dollars in 2019 and currently 455, while powdered milk rose from 3,282 dollars a ton, to 4,131, to which the cost of freight is added. In these circumstances, the country’s priority, with its scarce financial resources, is to support the vitality of food and fuel imports, the Minister stressed.

Other difficulties are the macroeconomic imbalances, said Gil, who referred to the large fiscal deficit of the Caribbean nation, as well as the development in different exchange environments for the non-state and state sector.

In this respect, he explained that it is a reality that the official exchange rate is one dollar for 24 pesos, but since there is no availability of foreign currency, an unofficial market is operating with a rate of one dollar for 125 pesos.

This difference has a fundamental impact on non-state actors, who transfer the costs of acquiring this currency to the final prices, something that already causes a gap in the productive chain with the state sector and affects the population, Gil admitted.

At the end of the first quarter, Cuba managed to sell abroad 590 million dollars in exports of goods, a figure that represents a growth of 162 million dollars with respect to the same period of the previous year and which is influenced by some favorable price movements, especially of nickel.

Tourism received up to the end of April 450,000 foreign travelers, which does not meet the goal, but shows a slight recovery of the sector, since each month has been better than the previous one, the Minister of Economy pointed out, reaffirming that Cuba is not renoucing to the goal of receiving 2.5 million visitors this year.

He added that total foreign exchange earnings in the first quarter were US$493 million higher than the same period in 2021, but well below 2020 and previous years; while imports of goods amounted to US$2.397 billion.