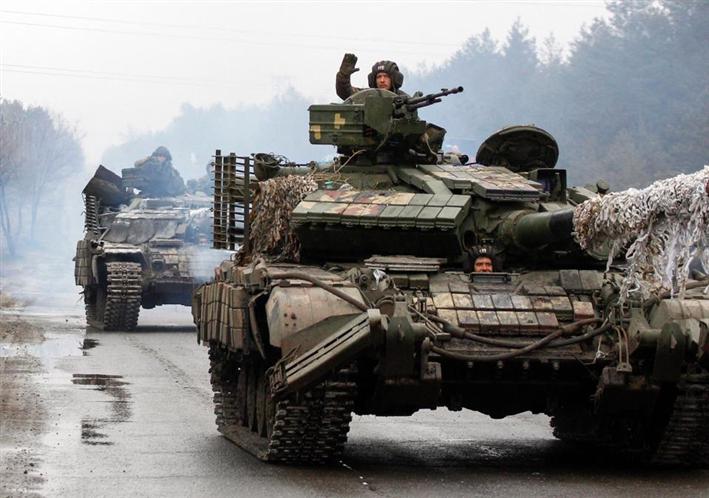 Belarusian President Alexander Lukashenko, who is very close to the Kremlin, even mentioned this in a recent interview with the American news agency Associated Press, to which Moscow responded by saying that everything is going according to plan.

According to Russian authorities, the priority of this second stage of their war deployment in Ukraine is to liberate the entire region of Donbass from the control of the Kiev forces, and to achieve this they are advancing in all directions of that territory, but not without encountering resistance from the troops of President Vladimir Zelensky.

The Ukrainian president, for his part, continues to make speeches in line with the most diverse allied scenarios, in which he argues that he needs more weapons and resources, that sanctions against Russia should be increased -especially by cutting off the means of income from exports- and that any activity of his nationals abroad should be affected.

His demand was heard again by the Group of Seven (Germany, Canada, the United States, France, Italy, Japan and the United Kingdom), which on Saturday pledged to continue helping Kiev with weapons and to reinforce Russia’s political and economic isolation. “We reaffirm our determination to further increase economic and political pressure on Russia and to continue to act collectively,” states the joint statement adopted by the G7 Foreign Ministers at the end of a three-day meeting in Wengels (Schleswig-Holstein) in northern Germany.

However, in Zelensky’s rhetoric there is no intention to encourage dialogue between the warring parties to achieve peace and a possible understanding agreement, something that seemed feasible until last March 29, during the talks in the Turkish city of Istanbul.

The Russian presidential spokesman, Dmitri Peskov, acknowledged this week that the negotiation process between Moscow and Kiev is “very slow and unsuccessful”, despite international calls to promote talks.

Meanwhile, the Russian Armed Forces continue to attack Ukrainian military infrastructure, fighting continues in Donbass and every day there are more dead and wounded between the warring parties.