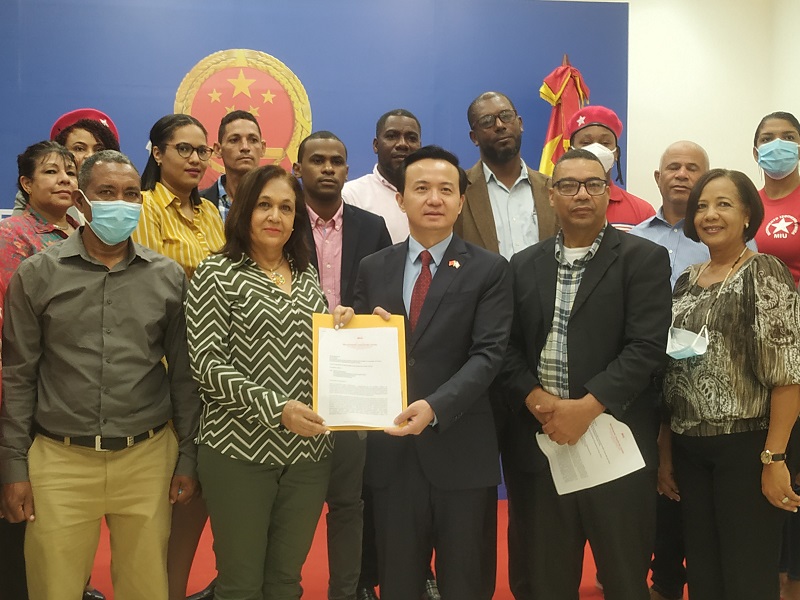 In a letter addressed to the president of the Asian nation, Xi Jinping, signed by the secretary general of the MIU, Miguel Mejía, the leftist organization reaffirmed its recognition of the principle of one China and condemned the crude US maneuver aimed at damaging the territorial integrity and sovereignty of that country.

“When US imperialism feels in decline, defeated and on the verge of losing its hegemonic dominance, it always appeals to histrionic outlets, such as Pelosi’s nineteen-hour visit to Taiwan in a rush,” the letter added.

And it pointed out: “But they also know very well, the Chinese are a people that do not allow themselves to be intimidated, much less by an empire in decline, and which does not want to recognize other emerging powers, such as China itself, a practitioner of peace diplomacy, which it allowed it to advance in its diplomatic relations, currently with 181 countries”.

Finally, the document reaffirmed “our traditional fraternal relations, and we strongly condemn the self-serving and interventionist maneuver of the United States against the Chinese people. We are alert!”

After delivering the letter by the MIU representative, Nidia Ovalles, to the Chinese ambassador in this country, Zhang Run, she spoke with Prensa Latina about the seriousness of the situation.

Likewise, she strongly condemned the interventionist act of the northern nation and pointed out the diligence carried out before the United States government by different Chinese organizations which are going to take countermeasures to face this embarrassing act of violation of Chinese sovereignty, which Will see you in the next few days.”

We want to make it clear that all consequences will be borne by the US government and Taiwanese separatist forces, she concluded.