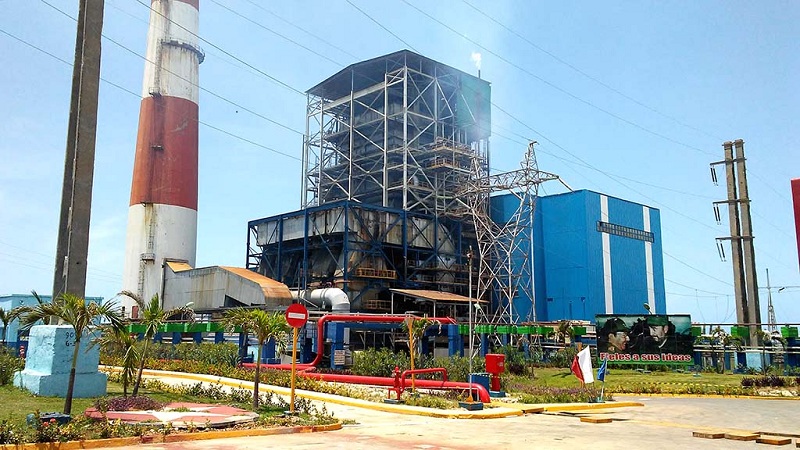 That body published on its Twitter account that together with the National Institute of Hydraulic Resources, the tasks for the recovery of raw and demineralized water supplies continue.

He also confirmed that work is constant in all thermoelectric plants of the country.

The Electric Union recently reported that, as a result of the fire in the industrial zone of the city of Matanzas, the Antonio Guiteras went out of operation around 1:00 p.m. local time on Monday due to a lack of sufficient water supply to remain in operation.

At this time, maintenance work is being carried out on unit 4 of the Carlos Manuel de Céspedes Thermoelectric Power Plant in Cienfuegos, while unit 3 of that plant generates 114 megawatts (MW) for the National Electric System.

Currently, units 6, 7 and 8 of the CTE Mariel in the province of Artemisa are also out of service due to breakdowns; the unit of the CTE Otto Parellada, in Havana; unit 4 of the CTE Nuevitas, in Camagüey; units 1 and 2 of the CTE Felton, in Holguín; and unit 6 of the CTE Renté, in Santiago de Cuba also face problems.

The current electricity-energy situation of the Caribbean island is due to the lack of maintenance in thermal and distributed generation, limitations and instability with fuels, mainly diesel, as well as the complex international context, the economic, political and commercial blockade imposed by the United States on Cuba more than 60 years ago.

The state of the national electric system is complex and tense, but there is a solution, although not immediate, but gradual, said Minister Liván Nicolás Arronte.