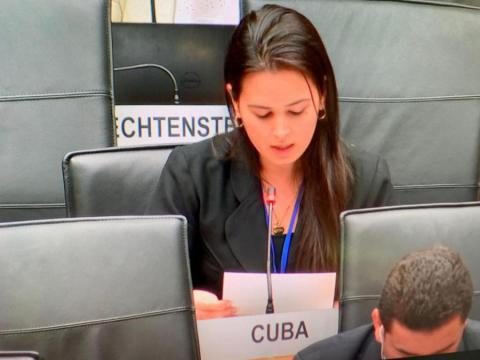 Vienna, Sep 15 (Prensa Latina) The Cuban delegation that participates in the Board of Governors of the International Atomic Energy Agency (IAEA) today ratified its support for the peaceful use of that resource.

For Cuba, the use of nuclear energy in areas such as health, agriculture and the environment are fundamental for the implementation of the National Development Strategy until 2030, highlights the text read in that forum based in Austria.

We appreciate the Agency’s support in building the necessary national capacities for the extraction of spent sources from our industrial irradiator. Thanks to this, we were able to carry out this operation for the first time, successfully, with our own experts, added the delegation from the largest of the Antilles.

The text of the speech, released by the website of the Cuban Ministry of Foreign Affairs, highlights that the National Regulatory Authorities maintain strict supervision, both in the assembly and in the operation of these technologies, as well as the rest of the facilities they use. radiation sources in the country.

It also highlights the support of the Antillean island for progress towards a greater safety culture, which allows full enjoyment of nuclear applications and risk prevention.

All these achievements are possible despite the limitations caused by the economic, commercial and financial blockade imposed by the United States against Cuba for almost six decades, which substantially affects the implementation of technical cooperation projects between our country and the IAEA, added the delegation.

We reaffirm our commitment to the commendable work of the IAEA, aimed at promoting the peaceful uses of nuclear energy throughout the world, highlights the text that ponders and recognizes the work of Cuban women as an important pillar in the development of nuclear and radiological applications in the country.